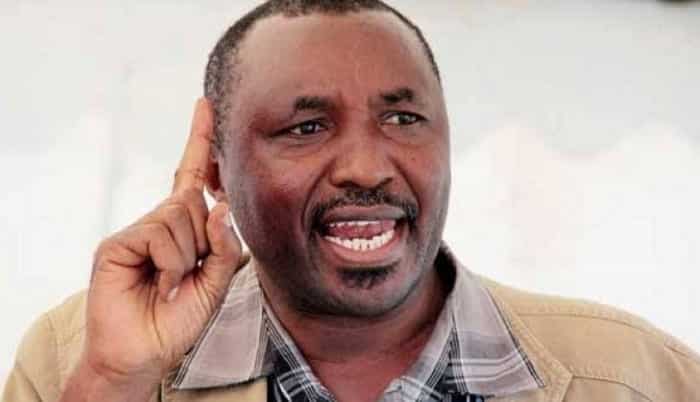 Bahati MP Kimani Ngunjiri on Friday, May 7 issued a statement on his recent u-turn on the Building Bridges Initiative (BBI) after he voted in support of the bill in the special sitting of the National Assembly.

Ngunjiri, a staunch follower of Deputy President William Ruto, noted that the BBI advocated for the bottom-up approach instituted by the Ruto camp.

“On our side, we’ve come up with a policy which dictates the bottom to the top approach which recently began and we’ve been constantly pushing it.

What’s the difference with this (BBI) which takes funds to the grassroots level from MCAs to the top, and allocates five new constituencies for Nakuru county government? ” Ngunjiri asked.

He further alluded that the voting did not drive a wedge between himself and DP Ruto.

“I am still the chief campaigner of DP William Ruto. Have you seen the DP himself say no to BBI bill?,” Ngunjiri posed.

The Ngunjiri u-turn could indicate a fallout by some members of the Tangatanga wing of the ruling Jubilee party which has been experiencing turmoil in the recent past.

Ngunjiri, who has been a sharp critic of President Uhuru Kenyatta, surprised the House on Thursday, May 6, when he voted in support of the bill.

“I Onesmus Kimani Ngunjiri, MP Bahati, vote YES,” the MP stated amid cheers and jeers from his counterparts.

A total of 235 MPs voted yes while 83 voted no and two abstained. The total number of votes cast was 320.

The bill will be further debated at the Senate before proceeding to the referendum phase where Kenyans will get a chance to either vote yes or no.

Toronto Based Kenyan Artist Opens Up About Life In The Diaspora

Now Chipukeezy Apologizes To Sonko For Joking With His Daughter