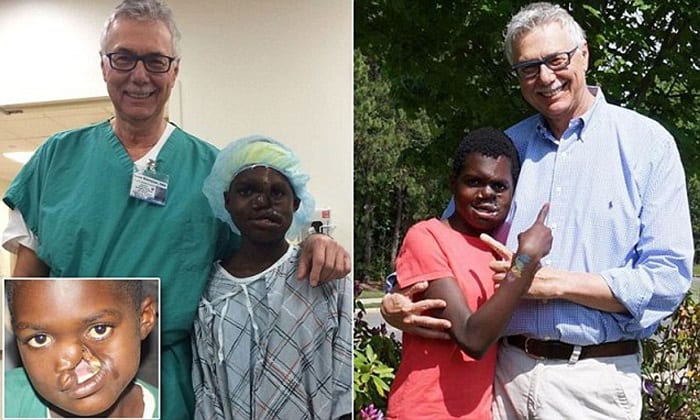 Noma is also referred to as the Face of Poverty because of the factors associated with poverty such as chronic malnutrition and exposure to viral and bacterial infection which leads to disease progression. This had left Saline with a face so severely deformed that even eating and breathing was difficult.

Dr Klempner learned about her after returning from an educational mission in 2010 at Gertrude’s Children Hospital in Nairobi. He received an email from a physician concerning the teenager’s condition. 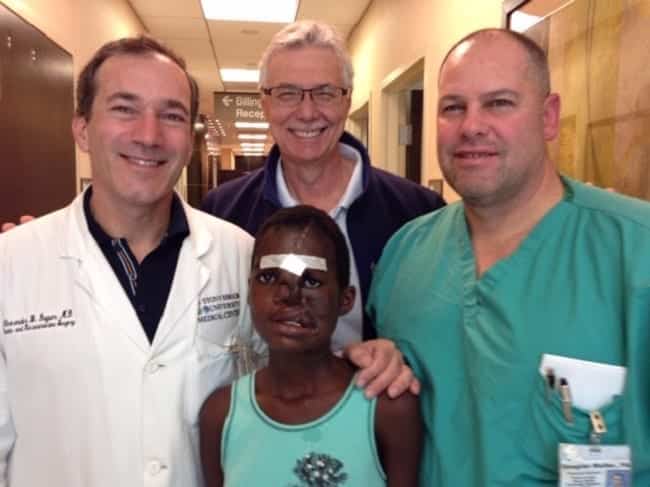 “She was homebound…she went to school once or twice and never came back because the kids would make fun of her. I knew I couldn’t help all kids but I could help one and Saline was the one,” stated Klempner.

This was when he came up with the idea to start the non-profit organization Smile Rescue Fund for Kids which was the beginning of her transformation. Arriving at the hospital, the doctors noted that Saline did not have an upper lip and a pallet with an incomplete nose which made feeding, speaking and other activities difficult for her.

Dr Dagum conducted an estimate of 10 surgeries which as a result had her face reconstructed. Saline’s face was not ideal or perfect but it was functional allowing her to speak and eat normally.

Despite her return to Kenya in 2014, her journey did not end there due to the healing time required from the plastic surgical procedures done. Thereafter she experienced a series of recurring infections in her cheek that couldn’t be treated in Nairobi.

This led Klempner to bring her back to Stony Brook where Dagum found the source of infection successfully treating it.

Klempner highlights the vital role his team played in response to the procedures. “It was truly a team effort. Everyone volunteered their services and everyone wanted to help.”

He further mentions the communities that his nonprofit organization works with collaborated with the entire medical staff in ensuring this was possible. 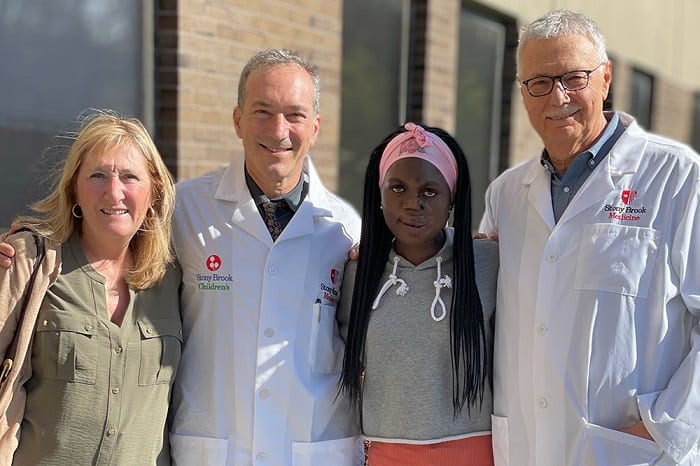 The doctors also expressed their relations with Saline on the impact she had created in their lives. “Saline is one our children. We feel that she is part of our family.” Klempner commented.

The doctors also acknowledged the great reward that comes with doing such work. “The extra time that she spent gave us an opportunity to help Saline heal, adjust, and see her future,” mentioned Klempner.