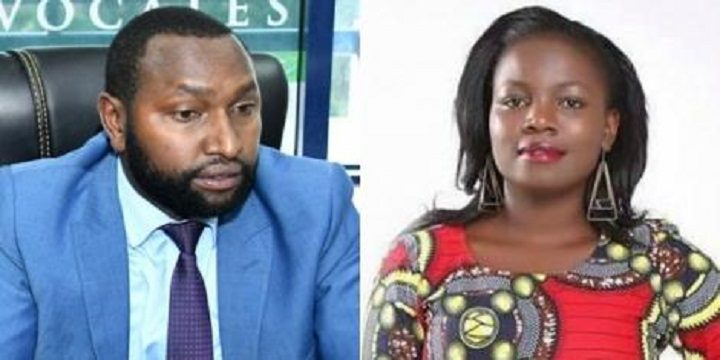 The Independent Electoral and Boundaries Commission (IEBC) is set to fill the seat of the late Nominated Senator, Victor Prengei, who passed away on Monday night, August 16, following a road accident.

30-year-old millionaire and lawyer Wambui Nyutu is in line to take over Prengei’s seat according to the list submitted by Jubilee to the IEBC in 2017.

Nyutu and Prengei were the only names submitted to represent the youth in the Senate which means she will likely be the successor.

In the event of expulsion or unfortunate circumstances such as death and incapacitation, the IEBC picks the next name from the party lists which are submitted before a General Election

In 2019, while being vetted for the commissioner’s position at the National Cohesion and Integration Commission (NCIC), Nyutu told  Parliament that she was worth over Ksh23 million.

However, for her to assume her new role, the lawyer would have to resign from her role as commissioner to avoid conflict of interest as she already is a State Officer.

The University of Nairobi alumnus also faces a tough hurdle to succeed Prengei as the law stipulates that the seat be filled by a nominee of the same gender who is next on the list.

The law is silent on instances where the only available candidate is of the same gender as the one being replaced.

The concerned political party is, however, allowed to nominate another candidate within 21 days – if all candidates on the list have been exhausted.

This is in line with section 34 (10) which stated that the submitted party list shall not be amended during the term of Parliament or the County Assembly, as the case. IEBC safeguards the party lists.

The aforementioned IEBC laws were contested in court after the 2013 elections when Lydia Mathia sued IEBC giving a slot to Samburu West MP, Naisula Lessuda (then Nominated Senator) on The National Alliance (TNA) party list. She argued that IEBC skipped her as she was named first on the list.

The case dragged up to the Court Appeal but was dismissed by the Appellate judges quoting Article 98 of the Constitution in defence of IEBC, saying TNA failed to adhere to the law on regional representation.

“16 women members who shall be nominated by political parties according to their proportion of members of the Senate elected.