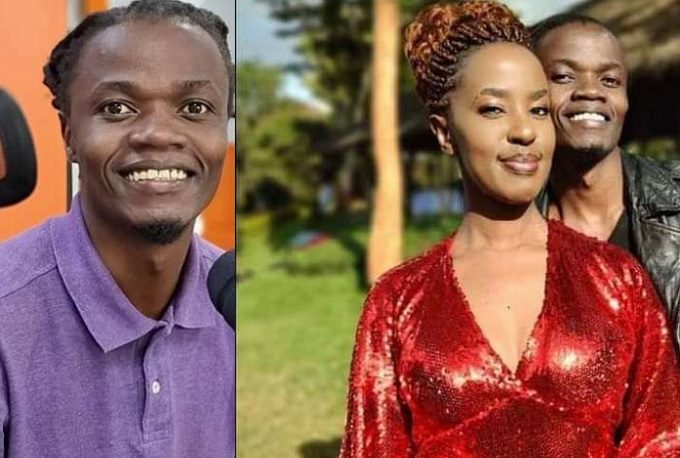 Hiphop musician Juliani whose real name is Julius Owino has prominently featured in the trending news of the separation of Machakos governor Alfred Mutua and his wife Lilian Ng’ang’a. The couple took to social media on Sunday 15th August, to announce the end of their relationship.

On Instagram, Lilian posted: “Winds of change blew my way and two months ago, I decided to end my long term relationship with Dr Alfred Mutua. We had a good run and I am forever grateful to God he brought us together. We remain friends.”

On his part, Governor Mutua who is a 2022 presidential hopeful wrote: “Lilian and I have been a blessing to each other. Two months ago, we decided to slowly disengage. We are in amicable terms and remain very close friends. We will continue to talk, meet and share ideas constantly.”

Why Juliani is trending

The gospel artiste has found himself in a rather awkward scenario with allegations being rife that he has been a close person to Lilian Ng’ang’a. Netizens who are proclaimed themselves ‘Twitter DCI’ subjected Juliani’s past photos and social media posts to the scrutiny of a microscope.

First was an undated photo in which Juliani took alongside Ng’ang’a that took social media with a storm. The photo seems to have been taken in a resort with the duo captured in all smiles.

And while the dust seemed to settle, the gossip was aggravated when a video surfaced online, this time in a birthday party in which both Juliani and Lilian were attendees. The duo had been invited to former Chief Justice Willy Mutunga’s birthday.

With the revelations, online in-laws now suspect that Juliani could be the reason behind Mutua parting ways with Lilian, whom he had married barely 10 years ago after divorcing his first wife.

Juliani is an award-winning artiste whose real name is Julius Owino. He is currently 37 years old.

Owino was raised in Nairobi’s Dandora estate, a place that has been mapped out as a hotspot of crime and known as the city’s dumpsite. He attended Wangu Primary School and Dandora Secondary school.

Juliani’s father is an architect while the mother is a businesswoman who used to operate a food kiosk in Dandora. At a young age, Juliani associated himself with the mother more because he didn’t have interests with the dad’s job. Owino is a third born in a family of 6.

The ‘utawala’ hitmaker is a father of one and in a past interview with Betty Kyallo, revealed that he was in a relationship with actress Brenda Wairimu before they parted. The couple were blessed with a daughter named Amor.

Juliani said he finds time to check on the daughter,  adding that Wairimu has been helpful in raising up their daughter.

“She is a great mother, she is a good human being, she has been helpful in bringing up my child and I pray for God’s grace in her endeavors.

On her part, Wairimu narrated to pulse magazine how the breakup weighed down on her.

“Being single is different, I was in such a serious relationship for 8 years, if not more,” she said.