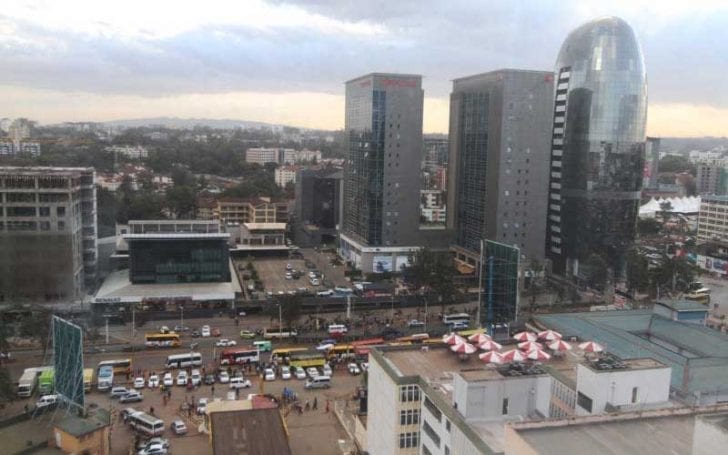 I came to Kenya partly to help make a PBS documentary about empowering women as a way to lift families and communities — men included — out of poverty. And I promptly met a prostitute-turned-businesswoman who epitomizes that theme.

Jane Ngoiri is a 38-year-old single mom who grew up in a slum and dropped out of school after the eighth grade. She married at age 18, but when she was pregnant with her second child, her husband informally took a second wife (polygamy is common for Christians here as well as Muslims), and she was nudged out. Jane soon found herself with small children, no home and no money.

To survive, she sold her body for the next five years. It was a perilous existence in Mathare, a collection of dangerous slums in Nairobi. The area, a warren of winding, muddy alleys, is consumed by crime and despair.

Regular jobs are rare, and many men self-medicate in ways that perpetuate self-destructive cycles of hopelessness. Social workers estimate that one-third of the slum’s men get drunk every night — spending about $1.50 an evening, which could otherwise finance their children’s education. Poverty becomes self-replicating.

Then in 1999, Jane joined an antipoverty organization called Jamii Bora, which means “good families” in Swahili. The group, founded by 50 street beggars with the help of a Swedish woman, Ingrid Munro, who still lives in Nairobi, became Kenya’s largest microfinance organization, with more than 300,000 members. But it also runs entrepreneurship training, a sobriety campaign to reduce alcoholism, and a housing program to help slum-dwellers move to the suburbs.

Video: Kenyan woman dies in Saudi Arabia due to negligence…

In Jamii Bora, Jane was pushed to save for the future, to lean forward. There is growing evidence that the most powerful element of microfinance is not microlending, but microsavings, and that’s how Jamii Bora starts: it encourages members to save small amounts, perhaps just 50 cents a week. Then members are coached to use those savings, coupled with loans and training, to start tiny businesses.

Jane learned to sew, left prostitution and used her savings and a small loan to buy a sewing machine. She began buying secondhand wedding gowns and bridesmaid dresses for about $7 each, and then cutting them up to make two or three smaller dresses.

Jane’s business flourished, and she used her profits to buy a small home in a safe suburb and to keep her children in school. Her eldest daughter, Caroline, became the first child in the family to graduate from high school and is now taking computer classes.

The intellectual star of the family is Anthony, the second child, who is ranked No. 1 in his class of 138 pupils at a good boarding school with much richer students. Anthony, a star soccer player even though he has no soccer shoes, hopes to go to college and become an engineer. He told me that when he gets his first paycheck, he’s going to buy something beautiful for his mom — and his eyes glistened as he spoke.

Another child, Cynthia, a seventh grader, has just been chosen by teachers to become head girl of her school next year, a tribute to her grades and leadership. Jane hopes to send Cynthia, who dreams of being a lawyer, to a good boarding school as well, but it’s difficult to see how she will pay all these tuition costs.

Careful research by Professor Esther Duflo of M.I.T. and other economists suggests that microfinance can chip away at poverty but is not a panacea. You see that in Jane’s life.

After I finished my interviews, catastrophe struck. Cynthia’s big toe was mangled in a traffic accident, and ultimately it was amputated — a disfigurement in a country where people routinely wear sandals. Jane devoted every scrap of savings to medical costs — leaving Anthony unable to return to school.

Our documentary team took up a collection, and Anthony is now back in class. But the crisis was a reminder of how fragile the family’s gains are. Jane’s life reflects the lesson of mountains of data: overcoming poverty is a tumultuous and uncertain task, but it can be done.

There’s a tendency these days to give up on poverty, to dismiss it as a sad but inevitable feature of humanity, particularly at a time when we have deep economic problems of our own. But if a former prostitute in a Nairobi slum can build a dressmaking business, buy a home in the suburbs and produce over-achievers like Caroline, Anthony and Cynthia, then it’s worth remembering that sheer grit, and a helping hand, can sometimes blaze trails where none seem possible.

If readers want to help by sending Jane old bridesmaid dresses to boost her sewing business, I have information about how to do so on my blog.