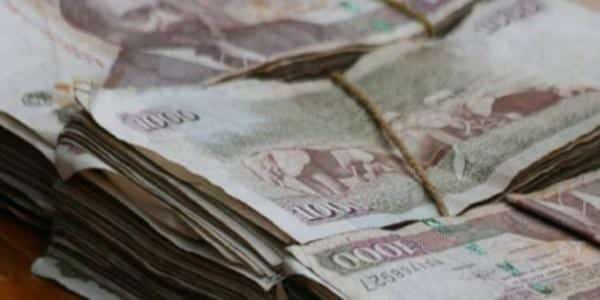 Diaspora cash hurts economy, study shows: Kenyans received Sh75.7 billion in remittances from abroad last year, but experts warn that if not managed properly, such income could end up harming the country’s economy.

Studies conducted over the last five years indicate that in certain circumstances remittances can have a degenerative effect on economies of developing countries.

“Generally, remittances are very good. However, they do have the potential of increasing the poverty gap,” said University of Nairobi economist Joy Kiiru.

In her 2010 paper titled Remittances and Poverty in Kenya, Dr Kiiru states that contrary to popular perception, the poor are often not the direct beneficiaries of remittances.

Quoting a study conducted in Pakistan, she points out that most impoverished households cannot afford to send a family member abroad. It is the middle class and the wealthy who can afford to pay for extended educational tours and plane tickets, and more often than not, it is they who receive remittances.

Therefore, money remitted can end up making the rich richer without improving the plight of the poor.

“Remittances, unlike other sources of foreign exchange, are targeted at the individual. Although this can be an advantage, it also means that there will be imbalances in the level of development if we rely extensively on them,” Dr Kiiru said.

Additionally, many families that receive money are not motivated to remain productive. Studies on remittance-receiving communities in Asia by an IMF research team indicate that steady remittance flows can act as disincentive for young people to look for jobs.

Remittance-receiving households work fewer hours and invest less in economic ventures that are productive in the short-term,” said the 2010 paper by David Grigoria.

Another possible negative effect of remittances is the so-called Dutch disease, a term coined by The Economist in 1977 to describe what happens when large inflows from natural resources or foreign aid lead to the decline of a country’s manufacturing sector.

The inflow of cash generates demand for non-tradable goods, which in turn leads to an increase in prices and induces appreciation of the real exchange rate.

In the long-term, the demand for non-tradables can lead to re-allocation of labour and resources away from the tradable sector while domestic manufacturing industries become less competitive.

A 2010 study on 34 sub-Saharan African countries conducted by the University of Pretoria validated this Dutch disease theory. However, it noted that the impact in sub-Saharan Africa was yet to become as pronounced as has been observed in some Eastern European countries.

In the same way that aid can diminish incentives for governments to implement welfare reforms, a remittance glut can create the illusion of well-being and lead to poorly developed systems.

“Remittances are external sources of funds. Overdependence could lead to the same institutional weaknesses that have resulted from aid,” said international relations scholar Prof Macharia Munene.