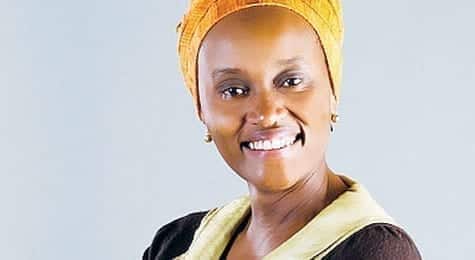 Dinfin Mulupi looks at five Kenyan women entrepreneurs who have dared to enter the male-dominated world of business to build some of the region’s most respected companies.

Quote: “Ladies, it’s like learning to ride a bike or driving a car. You need only to believe in yourself, trust your gut feeling and develop a clear plan or strategy, keep it simple and implement that plan step by step with courage, conviction and love above all. Ultimately be open minded and flexible to change course when needed and listen to your customers.”

Rionge co-founded internet service provider Wananchi Online that has since been transformed into Wananchi Group Holdings – one of east Africa’s leading providers of pay-tv, broadband internet and VoIP services. Last year the company raised US$57.5 million in growth capital from a group of international investors.

A typical serial entrepreneur, Rionge has over the years founded a number of successful companies. She currently runs Ignite Consulting, a firm that specialises in coaching, strategy facilitation, organisational effectiveness and skills training.

“I create companies serially because I believe that Africa is the next economic frontier and we must build indigenous organisations that will support this growth,” said Rionge in an interview with Forbes.

Business Lounge, another one of Rionge’s ventures, is helping other entrepreneurs build successful businesses. The Lounge acts as a business incubator for start-up companies and as a business club for more established firms and individuals. Rionge is also a motivational speaker and life coach.

Quote: “We have fought countless battles and we seemed to have sunk at times, but true to the word we believed we could make it, we rose above the barricades and the story is now told of how we made it and won the war.”

Karanja founded Keroche Breweries, the first ever brewery to be owned by a Kenyan. Although she faced many challenges – including competition from multinationals, high taxation and meddling from high powered government officials – her resilience has seen the business grow into a respected company.

Beyond the expectations of her detractors, Karanja invested in a Ksh.1 billion ($11.6 million) plant with the capacity of producing 6,000 half-litre bottles per hour. With its flagship brands, Summit Lager and Summit Malt, the brewery has proved resilient in the market.

“When Keroche … commenced operations … fingers were pointed at us and the rumours of they-can’t-do-it was written on the faces of many who never believed a Kenyan company could penetrate in a grid-tight multinational market where the end justified the means even if the means isn’t justifiable,” says Karanja.

She plans to increase the firm’s 20% market share to 40% in the next three years following an increase in its production capacity to 15,000 bottles per hour. Karanja also hopes to extend beyond beer into the soft drinks business.

Quote: “I am an advocate of business being an important instrument of development. In fact, business is the fabric for development.”

Muraya is the founder and CEO of Brand Strategy and Design, a regional brand strategy development agency. Her entry into the business world came only after a great personal tragedy – the loss of her husband. Muraya started Color Creations Africa Limited, a branded merchandise company. Until recently she was still the CEO at Color Creations.

Muraya has won numerous awards, including the premier Goldman Sachs Fortune Global Leaders Award. She was also nominated to receive The International Alliance for Women (TIAW) World of Difference 100 Award. In addition, Muraya is an alumnus of the Legatum Pioneers of Prosperity and her business Color Creations was a top finalist in the 2006 Africa Business Awards.

She holds a Bachelor of Arts Degree in Journalism and Marketing from the United States International University (USIU) in Nairobi and has attended both the IESE (University of Navarra) and Strathmore business schools.

An advocate of the economic empowerment of women, Muraya co-founded the Kenya Association of Women Business Owners (KAWBO). She is also a chairperson of the board of the Zawadi Africa Educational Fund (Kenya), an organisation that provides scholarships for needy and academically talented girls.

Quote: “If we are able to export our products to the USA, India and Uganda, that means we have the capacity to make Kenya the IT powerhouse in the region.”

Together with her husband, Jyoti Mukherjee opened a printing supplies shop in Nairobi in the 1980s after moving to Kenya from India. In 1991 she started Software Technologies Limited (STL), one of Africa’s leading software distribution companies making hundreds of millions of Kenyan shillings in sales every year.

STL today can count over 150 corporations in east Africa as its clients, making Mukherjee one of the few women who have founded and run big technology firms in the region.

Mukherjee has steered STL from humble beginnings with just five employees to one of the largest software houses in eastern Africa with a presence in countries such as Kenya, Uganda, Tanzania, Zambia, Nigeria, Ethiopia, India and the United Arab Emirates.

In 2007 she was recognised as the Top ICT Businesswoman in Africa at the African ICT Achievers Awards. Mukherjee also founded the Institute of Software Technologies (IST), a fully fledged ICT training institute that provides education for IT professionals, developers and business analysts.

Quote: “I worked without pay for some time to save the business from collapsing.”

Sixteen years ago Mwangi founded Professional Marketing Services (PMS), a group that currently has five subsidiaries and a presence across the east African region. Joanne has steered the PMS Group from a small agency to a leading marketing group providing a full range of agency services, including advertising, public relations, event management, trade promotions, consumer promotions, trade merchandising and marketing strategy development. Over the years PMS has grown in size and its clients include Reckitt Benckiser, Prigat, Airbus and East African Breweries (EABL).

In 2010 PMS was voted number one in the Top 100 SME competition in Kenya. Mwangi also won the Lady Entrepreneur of the Year award at the same competition sponsored by the Nation Media Group and KPMG. In 2009 she beat women entrepreneurs from 75 countries worldwide to emerge as the winner of the Organisation of Women in International Trade (OWIT) Woman of the Year award. Mwangi is also the chairperson of the Federation of Women Entrepreneurs Associations (FEWA), an organisation that seeks to create an enabling business environment for women.