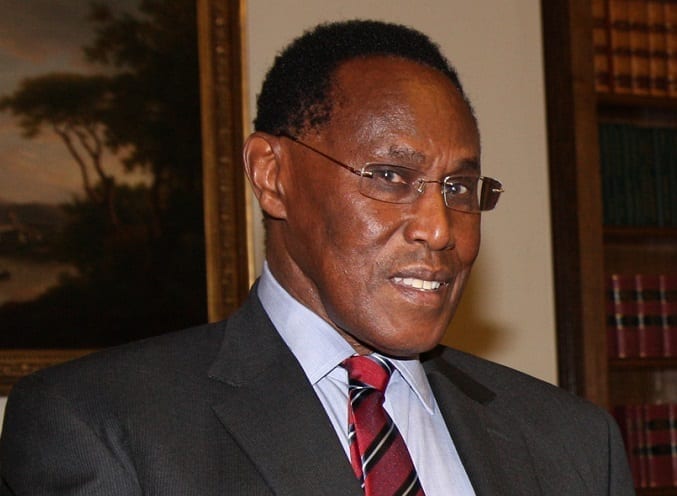 Members of Parliament on Thursday sensationally claimed that Internal Security Minister George Saitoti and his deputy, Mr Orwa Ojodeh, both of who died in a plane crash, were assassinated by drug barons.

They also accused the government of frustrating foreign investigators by refusing to facilitate their enquiries. Consequently, the MPs claimed, the experts returned to South Africa on Wednesday night because of the alleged frustrations, reportedly by the Ministry of Transport.
The MPs also questioned why the government decided to upgrade the investigation into a commission of inquiry even before investigations had come up with a preliminary report on the cause of the crash, which killed the two ministers and four senior policemen.
Transport Minister Amos Kimunya had a difficult time warding off the claims, but maintained that his ministry had facilitated the investigation and was always in touch with the families of the ministers who died.
He said the investigators planned to be in Kenya for three to four days and would return to join the commission after compiling their notes.
He got into trouble with the MPs and Deputy Speaker Farah Maalim when he cautioned them against “turning Parliament into a House of speculation”.
Related Posts
EDITORIAL / OTHER NEWS

Prof Saitoti was buried at his Kitengela home on Saturday June 16, while Mr Ojodeh was buried at his Unga farm in Ndhiwa, a day later followed by their bodyguards and pilots the following week.
The assassination claims arose when Defence Minister Yusuf Haji, responding to a question by Kilome MP Harun Mwau, told the House that he did not have information to support allegations by former US Ambassador Michael Ranneberger that Eastleigh Moi Air force base was used as a processing and packing facility for heroin, which was then shipped out of the base using military vehicles and escorted by base personnel.
This appeared to anger a section of MPs who insisted that the government takes action by sending a protest note to the US Government or even severing relations with America over the issue.
Nominated MP Rachael Shebesh (ODM) then shot up to say she had a dossier linking the “traffickers in government” to the death of the two ministers.
“This is a very sensitive issue that touches on the death of our colleagues and Parliament is only used as a scapegoat when the actual traffickers are in government,” the member claimed.
She said she has drafted a motion for the formation of a parliamentary select committee to investigate the deaths.
We want this information to come out only in the safety of a select committee, we have not even said a third of what we know about the deaths of our two colleagues, what we have can shut down this government,” she said.
Gichugu MP Martha Karua then asked the Speaker to give Ms Shebesh security and protection while the investigations are going on.
“The Government has been telling us who is not a drug dealer and does not tell us who the drug dealers are,” Ms Karua said.
Mr Mwau spoke of the possibility of a conspiracy in government and the barons in the deaths of Prof Saitoti and Mr Ojodeh.
He described the two as “serious investigators” in the drug issue who may have been “silenced” by the conspirators in the drugs syndicate.
“It is possible that now as we continue, the conspirators could go further and eliminate the honourable members who were adversely mentioned in the drug report through falsehoods in relation to drugs and claim the drug dealers are getting rid of each other,” Mr Mwau said.
Source: http://www.nation.co.ke/News/politics/Drug+lords+killed+Saitoti+claim+MPs+/-/1064/1438620/-/11x3eee/-/index.html

DEVOTION:YOU WILL COME OUT OF IT BETTER THAN EVER!