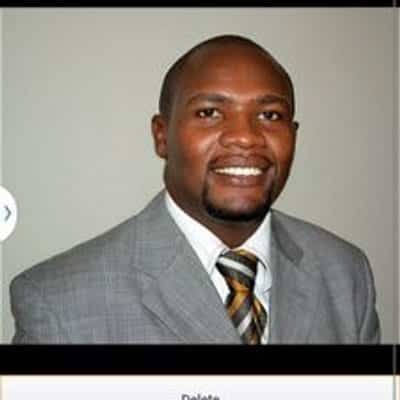 On the bright and sunny Sunday morning of October 28, 1979, Joseph Mwangi and Anastacia Wangechi were blessed with their first born son. Born at Olkalou General Hospital, they brought their child home to Ol joro orok, Nyandarua, and named him Wagura.

Preceded in birth by seven sisters, it is no surprise that after waiting almost two decades for a son, the long-awaited news about Wagura’s arrival was received in Ol joro orok and by relatives all over Kenya with jubilation and ululation. During this time, and in the more than thirty years that followed, Wagura’s parents:  the late Mr. & Mrs. Mwangi, served Nyandarua as Educators in many different schools, at many different levels, and while holding many different offices.
This dedication continued, even after retirement. Mr. & Mrs. Mwangi lived a life of public service, for the betterment of their children and community.  These are the values that shaped the life of Engineer (Eng.) Wagura as he too began down the path of education.
Engineer Wagura attended Ol joro orok — STD 1 through 8 — for his primary education. In 1996, Wagura earned his Certificate of Secondary Education from Gataragwa High School, where he graduated top of his class. After graduation, and full of ambition, Eng. Wagura applied and was accepted into Cardiff School of Wales in the United Kingdom.
More Related Stories

However, owing to the cost of education in Cardiff, and hailing from a middle class family, his parents were unable to turn this dream into a reality. However, this did not stir Wagura as Mr. & Mrs. Mwangi continued to encourage and inspire their son to search for other avenues.  Success was found in 1999 when Eng. Wagura applied to and was accepted into the University of South Alabama (USA) in Mobile, Alabama, U.S.A. In a little over three years, through determination and hard work, and at times taking twice as many classes as were required by the curriculum, Eng. Wagura graduated with a bachelor of science Degree in Chemical Engineering.
Wagura also received the prestigious, Chemistry Student of The Year Award in 2001.
After starting a family and working for a year, Eng. Wagura decided the best way to move up in the engineering sector was to master his degree. Hence, resolved to go back to school and pursue a second degree in Engineering. Within a year and a half, Eng. Wagura earned a Master’s Degree in Chemical Engineering from the University of South Alabama.
After graduation, determined and full of entrepreneurial drive, Eng. Wagura started a beverage wholesale distribution center in Birmingham, Alabama, importing Kenyan beverages and wholesaling them to the entire state, thus creating an entire market for Kenyan products in the U.S.A. He also started a chain of clothing stores in Alabama and Mississippi, U.S.A. Wagura immensely enjoyed manning the stores himself, meeting and attending to customers’ needs and providing  customer service, all reflective of his public service attributes.
Eng. Wagura has served in several diaspora positions including 5 years as the secretary of Alabama Africans Associations and in 2011-2012, as the Chairman of the same association. Eng. Wagura has also held the position of Diaspora Representative  for Cooperative Insurance Company of Kenya (CIC) in the state of Florida, among others. He has also participated, at different managerial levels, in several community development activities in Kenya as well as in the U.S.A.
Eng. Wagura is currently working as a consulting Engineer with the state of Florida, U.S.A., doing management and remediation of petroleum contaminated sites; cleaning, conserving and protecting our environment.
Eng. Wagura is married to Nyaguthii Wagura; they are blessed with two children: Wangechi 12, and Mwangi 7.
Wagura official website- Meet Eng. Wagura « Oljororok/Chamuka