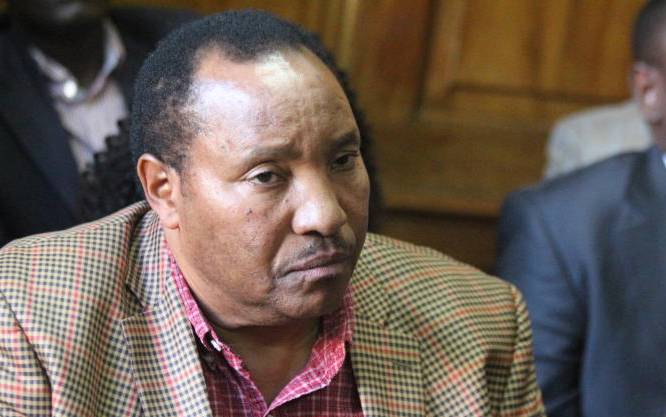 Waititu, who is the Embakasi MP, was caught on camera saying Maasai people should be kicked out of Kayole, after guards from the ethnic community allegedly killed a youngster.

Metito argued that the remarks risk stirring divisive ethnic passions at a time when the country is heading towards a general election.

“No crime is ever committed by ethnic groups but by individuals who should be investigated and made to face the full wrath of the law. Waititu and any other person who was involved must be arrested and taken to court,” he said.

“Waititu should be held responsible for his utterances. He not only incited people to violence but also incited feelings of hatred and hostility against the Maasai community,” argued Tobiko.

The arrest order came moments after the Embakasi MP called a press conference and apologised over the remarks. He said that his statement was not directed at the Maasai community as a whole but at those responsible for the death.

“Let me first apologise for using the word Maasai without clarifying what I meant. But I also want to express my concern over people who work as watchmen at night and kill people,” he said.

He further claimed that the issue had been taken out of context and was being politicised to tarnish his bid for the Nairobi Governor’s seat.

“Trying to imply that I caused the chaos and there were people who got hurt and killed as a result is all politics!” charged the MP. “Let me tell you that it is the people of Nairobi who will decide who the governor of Nairobi is whether you fight me through the media or not.”

A group of Maasai leaders and students on Tuesday held demonstrations in Nairobi streets demanding the prosecution and resignation of the assistant minister.

“If Waititu believes in the values and beliefs of TNA, I demand that he apologises to the people of Kenya and the concerned community for the comments attributed to him yesterday” – Uhuru Kenyatta.

Maa University Students Association Chairman Raphael ole Marito urged the president to sack the assistant minister saying he was not fit to serve in the Cabinet.

“The issue that happened in Embakasi was purely criminal and it should have been dealt with as such. The president must sack Waititu within the next 36 hours,” he said amidst applause.

The group also urged the National Cohesion and Integration Commission to investigate the incident.

The National Alliance (TNA) party separately condemned the incident saying leaders should be the ones spearheading peace and unity.

Deputy Prime Minister Uhuru Kenyatta, who is seeking the presidency on a TNA ticket, lashed out at the assistant minister saying he should apologise.

“If Waititu believes in the values and beliefs of TNA, I demand that he apologises to the people of Kenya and the concerned community for the comments attributed to him yesterday,” he said in a statement.