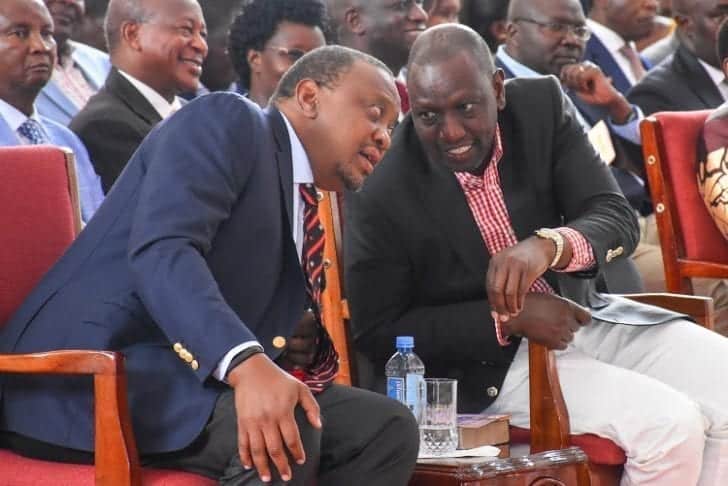 During the meeting, the envoys, on behalf of their respective governments, congratulated President-elect Kenyatta and his deputy Ruto on their election as President and Deputy-President of the Republic of Kenya.

The envoys further reaffirmed their commitment to enhancing the bilateral relations between Kenya and their countries.

The United Arab Emirates Ambassador emphasized the need to link up business communities of the two countries.

He said Emirates businessmen are ready to invest in Kenya particularly in the health and infrastructural sectors among others.

The Emirates ambassador further said that he looked forward to the finalization and signing of pending agreements between Kenya and his country.

On his part, the President-elect said Emirates has a huge number of Kenyans working as expatriates.

Recalling that President Kibaki visited the Emirates seeking to further strengthen the relations, the President-elect expressed optimism that during his tenure he will take the relations to a higher level for the common good of the two countries.

The Nigerian High Commissioner said the Nigerian Government is looking forward to pushing the strategic partnership between the two countries to a higher level, saying the Joint Permanent Commission Framework Agreement has been concluded and is ready for signing.

In this regard, the Nigerian envoy pointed out that cooperation between the two countries would create a useful link for the benefit of the people of the East and West African regions.

In response, President-elect Kenyatta said he looked forward to the signing of the Joint Permanent Commission Framework Agreement between Nigeria and Kenya the soonest possible.

“It is my conviction that, through the conduct of this fair and transparent electoral process, the people of Kenya have chalked a significant victory and have served notice of their determination to enjoy the benefits of democracy, peace and development,” President Mahama’s congratulatory message said in part.

On their part, the President-elect and Deputy President-elect assured the envoys of their readiness to work with them in bolstering bilateral relations between Kenya and their respective countries.

They noted that Kenya has enjoyed fruitful development and economic ties with the envoys’ countries which the Jubilee Government intends to enhance for the benefits of Kenyans and the people of their respective countries.

The President-elect and his deputy also emphasized that they regard Africa as their first priority in terms of trade and investment.

Later, the President-elect and his deputy met and were briefed by the Clerk of the National Assembly Mr. Justin Mbundi and his Senate counterpart Mr. Jeremiah Nyengenye.

Lenku sees hand of God in Kajiado gas discovery, samples sent to US

Moment Of Spiritual Reflection: Why & How We Approach The Word Of God Matters…

List of 10 Kenyans who are Earn more than Uhuru Kenyatta