Roberto Clemente Middle school in Germantown Maryland has given the highest recognition of Athlete of the Year to Robert Ithongo Gicheru,a 14 year old Kenyan student. Bobby as he is popularly known is a soccer player and was second highest scoring striker in the school soccer team.He was the school Captain of the team too. His school emerged second in their school division where they ended the season with 4 win and one loss.

The annual Roberto Clemente Athlete of the Year Award recognizes eligible student athlete who consistently demonstrate excellence on the field and in the classroom. Recipient of this award demonstrate a profound commitment to the game and to the team, genuine sportsmanship, extraordinary talent on the field and a willingness to improve their individual performance.

Additionally, recipient of the award maintain a high level of academic achievement and consistently exhibit responsible, respectful and trustworthy behavior which also reflect positively on the team, school and community.

Bobby is the third born and son of Isaac Gicheru Kariuki of Diaspora Messenger. He plays for PredatorZ soccer team in the Sam select league of Soccer Association of Montgomery County (Sam). 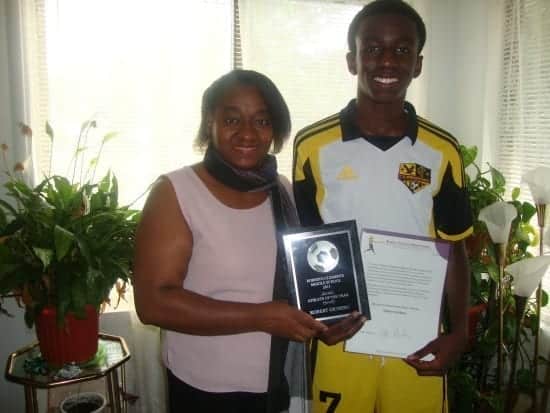 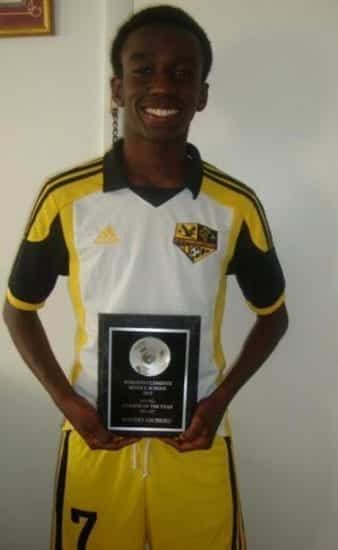