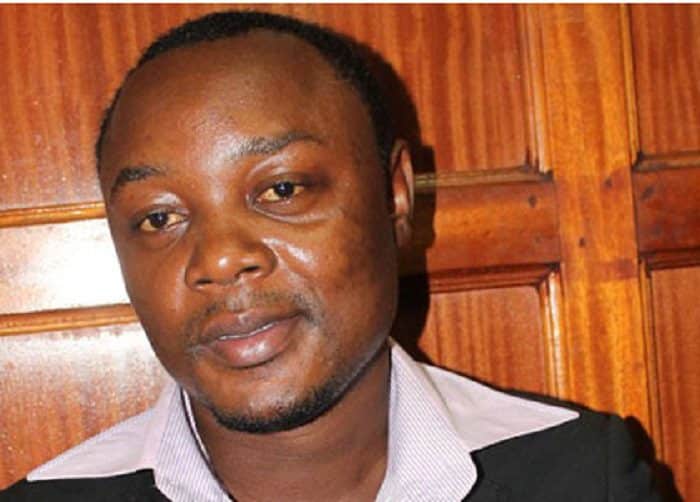 Police reporting-Ni kama Vindeo,Ni kama Ndrama.The man alleged to be a lover of former minister Raphael Tuju’s wife is dead. Police said Tony Ogunda was found dead at a friend’s house in Nairobi, where he had spent the night on a sofa. The friend told police that he had been drinking the previous night at an entertainment spot on River Road.

Nairobi police chief Benson Kibui said investigations have begun but police are treating the incident as “sudden death”. Ogunda is said to have been out drinking until at around 1 am. In May, he was charged with trespassing Mr Tuju’s Nairobi house but denied entering the former minister’s house without his consent. Ogunda is also at the center of a divorce case Tuju has filed against his estranged wife.

The former officer had been named in a divorce petition filed by Tuju, who is seeking to legally end his 27-year marriage to Ruth Akinyi Wanjare, with whom the former presidential aspirant has three children.

The body of Tony Ogunda was found on the sofa set of a friend’s house, which also belongs to Tuju.