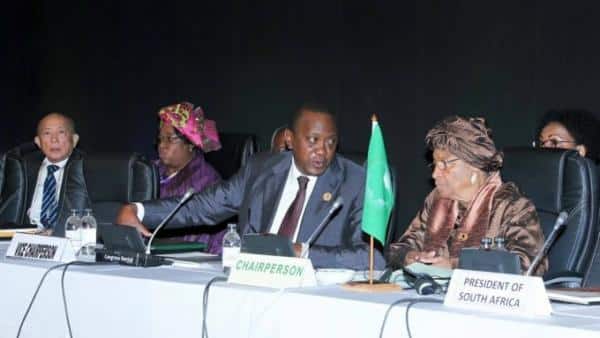 The President and his delegation will depart Jomo Kenyatta International Airport (JKIA) shortly after 10am.

While in Pretoria, the President will attend the Joint Southern African Development Community ( SADC) and the International Conference on the Great Lakes Region (ICGLR) Summit of Heads of State and Government to be held at OR Tambo conference centre.

The SADC/ICGLR Summit brings together 16 African countries to consider the Report of a Joint Ministerial Meeting on the Implementation of the Peace, Security and Cooperation Framework for the Democratic Republic of Congo and the Region.

Kenya is at the frontline in championing peace, security and stability at both regional and continental levels as key determinants for socio-economic development and regional integration.

Kenya is one of the twelve member states of the International Conference on the Great Lakes Region (ICGLR). Others are Angola, Burundi, Central African Republic, Congo, Democratic Republic of the Congo, Rwanda, South Sudan, the Sudan, Tanzania, Uganda, and Zambia.

On Tuesday 5th November 2013, the President will meet Kenyan Diaspora in Johannesburg.

The President will on Wednesday 6th November 2013 travel to Gaborone, Botswana for talks with the host President, Lieutenant General Seretse Khama Ian Khama before departing for Nairobi.