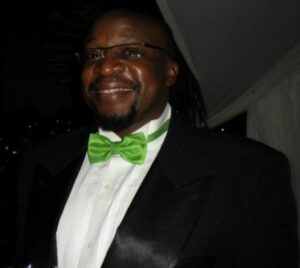 A Chiropractor who used to live in metro Atlanta area before he relocated to Kenya has passed away. Dr Chimareni Mukasa Mango (popularly known as Chima passed away in Nairobi over the weekend. Dr. Mango was a son to former Kenyan cabinet minister Dr. Mukasa Mango and graduated from Life University in Smyrna, GA. He worked as a Chiropractor in Atlanta before moving back to Kenya.

According to family sources,  Chima was rushed to the Emergency Department of Mater Hospital on Sunday the 9th of February 2014 at about 11.00 am,unconscious, where he was stabilized. Tests done later revealed that he had suffered a severe right -sided stroke. The Neurosurgical team reviewed him and reported that he had suffered very severe brain damage which had compromised the life-sustaining portion of his brain. They concluded that any surgical measures in his state would be ill-advised. Several other Neurosurgical reviews were sought and doctors arrived at a similar conclusion. He was later p on Life Support in ICU until his untimely demise on Wednesday the 12th of February 2014 at 10.20 am. May the Almighty God rest his Soul in eternal peace.