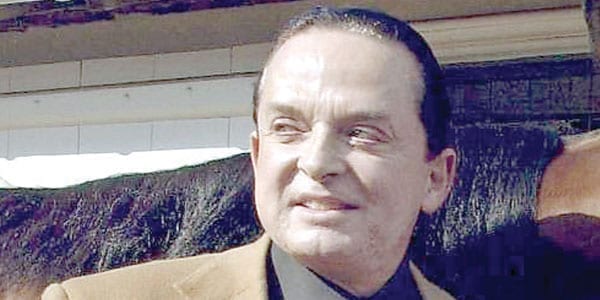 THE family of Alec Nathan Wildenstein a French-American owns the 58,000-acre Ol Jogi Ranch. The billionaire, who died in February 2008 aged 68, was also an art dealer, racecourse owner and breeder. Alec was raised in New York where his family owned and operated an art gallery which was founded by his great-grandfather in 1875. When Alec’s father, Daniel Wildenstein, died in 2001, he inherited half of a business empire estimated to be in the region of 10 billion dollars.

The fortune includes an art collection that is said to be the world’s largest privately-owned collection of major works of art. In 1977, his family purchased a 49 per cent stake in the 66,000-acre, Ol Jogi Ranch and assumed total ownership of the ranch in 1985. Between 1997 and 1999, Alec’s divorce to his first wife Jocelyne Perisset attracted huge media attention mainly because sensational disclosures about the couples lavish spending, headlined by Jocelyne’s alleged obsession with plastic surgery. Wildenstein, who later married Russian-born Liouba Stoupakova, is survived by daughter Diane and son Alec Jr, from his first marriage.

Newly divorced 29-year Kuki Gallman left Italy in 1972 and came to Kenya with her fiancé Paolo, man who was to become her second husband, and a son Emanuele. They acquired a ranch in Lakipia plateau in which they kept 10,000 cattle. Although Paolo and Emanuele died her few years later (the husband of a road accident and son of a snake bite), Gallman decided to stay in Kenya and run the 100,000-acre Ol ari Nyiro Ranch, which she later transformed into a famous nature conservancy. Born 70 years ago in Veneto, Italy, Gallman, is best known for the authorship of five books on Kenya, with her autobiography, I Dreamed of Africa (1996), being the most popular.

The book was later adopted into a film. Ol ari Nyiro is best know as a Black Rhino Sanctuary. It also home of substantial populations of elephants, buffaloes, zebras, cheetahs, waterbucks and lions. The Ol Ari Nayiro outfit includes Makutan Retreat Lodge which is situated in the expansive conservancy. Gallmans divides her time between conservation work in Ol ari Nyiro and international speaking engagements, mainly on matters of wildlife conservation.

German national Jochen Zeitz owns 50,000-acre Segera Ranch. A former CEO of Puma, the American sports swear company, Zeitz first came to Kenya in 1989 and fell in love with the country, that he now spends most of his time after his retirement from Puma in 2011. “I’m trying to go beyond the traditional clichés of an African safari. We need to engage rather than educate people,” Zeitz, 50, was recently quoted by The New York Times Style Magazine as saying. In March, Zeitz opened a new eight-villa retreat here which is is operated by Wilderness Collection, a subsidiary of eco-tourism company partly owned by Zeitz and French retail and luxury conglomerate Kerings.

NY Times lists Zeitz’s luxury possessions as including a “vintage Land Rover and cocoa-coloured Rolls-Royce convertible, 2,800 bottles of wine collection, impressive collection of contemporary African and diasporic art, and his 1929 de Havilland Gipsy Moth biplane — the very one used in “Out of Africa,” which he scooped up recently at auction for $260,000.”

Besides wildlife conservation and luxury tourist resorts, Zeitz keeps some 3,000 cattle in his Segera Ranch.

The Powys family has been running cattle ranches in Kenya for over years. The family owns the 43,000-acre Suyian Ranch in Laikipia. The family, currently headed by Gilfrid Powys who is the director of Suyian Trust, are the direct descendants of William Ernest Powys, whose parents were Rev Charles Francis Powys and his wife Mary. William Powys siblings included famous authors John Cowper Powys, Theodore Powys and Llewellyn Powys. William however took different career path as a farmer in Somerset, England and later acquired land in colonial Kenya early last century. Besides cattle, the ranch is home to substantial population of elephants, giraffes, ostriches, hippos, zebra, zebra, buffalos, lions, leopards, African wild dogs and cheetah.

The owner of 5O,000-acre Ole Malo Ranch, Colin Francombe was born and raised in Kenya. He was the manager of Kuki Gallman’s 90,000-acre Ol ari Nyiro ranch for 23 years. Together with his wife Rocky, Francombe now raises cattle and sheep besides conservation of wildlife particularly the endangered black rhino. They also run Ol Malo House and Ol Malo Lodge which cater for tourists visiting their wildlife sanctuary and other tourist destinations in the region.

The family of Ian Graig is known for many things in Kenya, not least for hosting the annual Lewa Marathon that takes place in the family’s 55,000 acre farm. The main purpose of the annual run is to support wildlife conservation. Lewa Downs, the family’s land, is also known as the place where Prince William in 2010 proposed to his girlfriend Kate Middleton, who he later married. Like many big land holders in Laikipia, Craig in 1995, turned his cattle ranch into a wildlife Conservancy. More than 25 per cent of the world’s threatened Grevy’s zebra population is found in Lewa Downs. Other species found in Lewa are black and white rhinos.