The party wants to ensure that only genuine and popular officials are elected from the sub-branch up to the national level.

ODM plans to replace some key officials in the secretariat who were blamed for the abortive national elections at Kasarani stadium on February 28.

The party elections board will be reconstituted with representation from both the two factions that contested the disrupted Kasarani elections.

“We believe this will rejuvenate the party and get rid of deadwood,” said Homa Bay senator Otieno Kajwang yesterday.

ODM suffered embarrassment at Kasarani that evening when men dressed in black suits destroyed ballot boxes causing the cancellation of the elections.

Raila, currently studying in the United States for a month, put together an interim team to manage the two factions led by Budalangi MP Ababu Namwamba and Nominated Senator Agnes Zani.

“We want to give the party a new lease of life and so by conducting elections from the ground up, we will ensure fresh blood is injected in the party,” said Tigania East MP Mpuri Aburi.

ODM also wants to recruit new members to strengthen its membership across the country. The grassroots elections will be conducted by June and the next national elections by October.

The party will work to clean its register following accusations that the rival factions had interfered with the delegates list to influence the outcome.

The recently appointed interim officials will continue in office until the elections are held. Raila is mandated by the party constitution to remain in office until a substantive leader is elected.

The transitional team led by Raila has Zani and Namwamba as joint secretary general. They both campaigned vigorously before Kasarani for the position.

“The responsibilities entrusted to the team cannot be concluded in three months. We have to find a suitable timeframe that will be guided by the processes we plan to undertake including restructuring the secretariat, the national elections board and other issues that inform a successful election,” said an official.

The ODM secretariat and elections board were heavily criticised by both factions following the Kasarani debacle. Once the recruitment of new members is over, the interim team will arrange for nationwide grassroots elections to elect new officials who will be delegates from the county level.

Former delegates like William Ruto, now Deputy President, Musalia Mudavadi and various other politicians who defected to other parties have still not been replaced.

The interim team will then embark on compiling the delegates list, previously the preserve of the National Election’s Board.

“We want to call for elections with friendly delegates. Those who left for other parties must be replaced first if the process has to be credible and definitely the exercise has to take a longer time,” the official said. 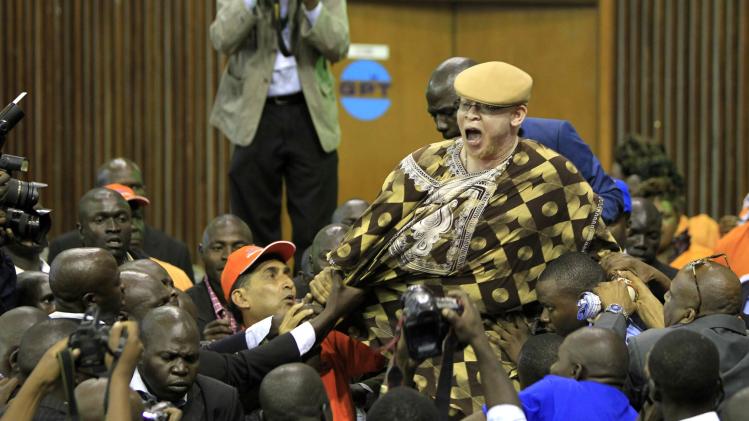