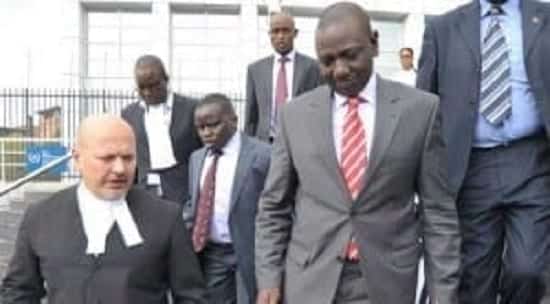 NAIROBI, Kenya, May 23 – Deputy President William Ruto and former KASS presenter Joshua arap Sang were on Friday granted leave to appeal the International Criminal Court’s (ICC) finding that it can compel witnesses to testify before it and can require the Kenyan government to enforce the subpoenas.

By a majority opinion, Judges Olga Herrera Carbuccia and Robert Fremr found that both Ruto and Sang’s defence teams had raised sufficient grounds for an appeal.

“The majority of the chamber is satisfied that the resolution of the first and second issue of the impugned decision during appeals proceedings has the potential to significantly affect the outcome of the trial, as well as the fair and expeditious conduct of the proceedings, and that an immediate resolution by the appeals chamber materially advances the proceedings,” they opined.

Presiding Judge Chile Eboe-Osuji however entered a dissenting opinion arguing that the defence teams had not made a convincing case for an appeal.

And while the Kenyan government’s leave to appeal the findings was rejected, Trial Chamber V(a) did grant it the leave to file observations.

“The chamber considers that amicus curiae observations by the Government of Kenya, the entity to which the disposition of the impugned decision is, in part, directed, could assist the chamber in its assessment of the defence applications,” it concluded.

Attorney General Githu Muigai had told the court that Kenyan law prohibited the government from compelling its citizens to testify before it.

“These persons reserve the right to voluntarily comply with the summons or refuse to do so,” he said.

In their applications for leave to appeal, both Ruto and Sang’s defence teams argued that compelled testimony could not be trusted.

“The involuntary appearances of witnesses who, in order to avoid fines and/or imprisonment, will feel coerced into adopting their original statements,” Ruto’s defence team submitted.

The prosecution however maintains that the ICC holds the power to subpoena witnesses and that Kenya would not be contravening its own laws by compelling eight of its now unwilling witnesses to testify before the court either via video link or in Kenya.

Witnesses they argue are critical to them making their crimes against humanity case against Ruto and Sang.