Terming the claims as propaganda and political witch-hunt, the Homa Bay Senator gave Mr Duale three days to back up his claims with facts or face legal action.

He challenged Mr Duale to publish particulars of the illegal transactions and provide bank details, M-pesa accounts and names of people issued with permits and passports in disregard of the law.

“If he doesn’t publish within three days, we will meet in court. We can’t allow people to make reckless statements,” said Mr Kajwang’.

“I am proud of the work I did at Immigration. I am not ashamed of a single decision that I made. I own up to every decision I made. I ran an open, robust and transparent outfit,” said Mr Kajwang’.

Mr Duale made the claims at a press conference within Parliament on Wednesday.

But while admitting that it was his responsibility as the Minister for Immigration to authorise issuance of passports and work permits, he said that he only did so as long as it was within the law.

“That is what my work entailed. I have given out citizenship to many people as long as the applicants qualified. If they meet the set conditions, I had no reason to deny them the legal documents,” Mr Kajwang’ said.

Man arrested with 23 Kenyan passports could be Al Shabaab… 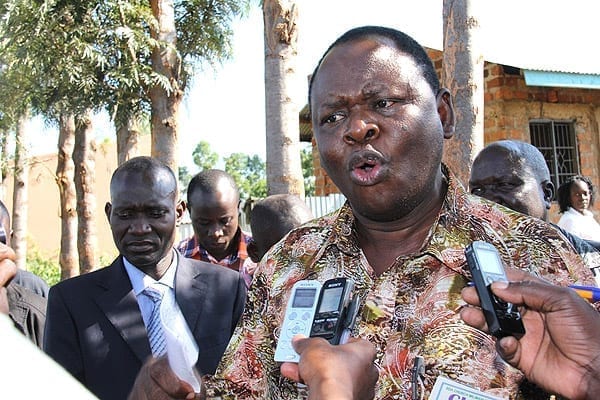