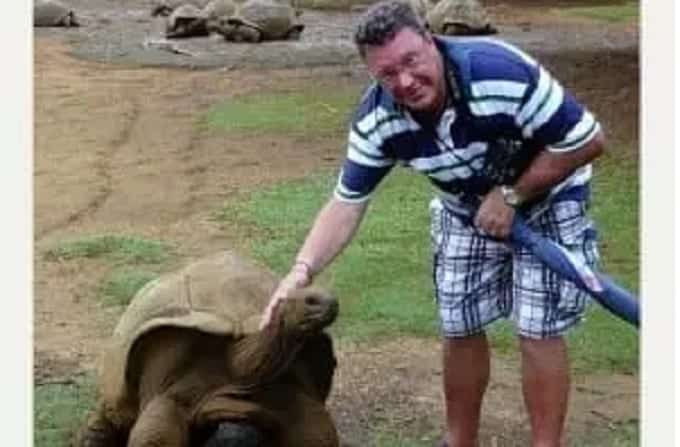 A PETITION to bring a Rocester man home from a Kenyan prison has received an overwhelming response from members of the public both locally and internationally.

Graham Gallier is stranded in an ‘horrific’ Kenyan prison without access to justice and without his passport, after three years of battling with the legal system.

His wife, Jan Gallier, is desperately appealing to members of the public to get behind their campaign to lobby the UK Government to get Graham home.

The online petition has seen thousands sign so far but Mrs Gallier wants to keep up the pressure to make the UK government prioritise Graham’s case, which she thinks is the best chance of getting Kenyan authorities to listen and release her husband.

“We are averaging 100 plus signatures per hour and are totally overwhelmed by your support.

“The bond is ready to go to court and as soon as the court accepts the bond then the fight begins.

“He is set to have his next appearance on Monday.”

The 61-year-old from Rocester, who suffers from diabetes and high blood pressure, first faced courts in Kenya three years ago over false child maintenance charges brought by a former friend.

He was cleared of all charges but the courts refused to return his passport, and since then he has been stranded in Kenya.

Following the outcome of the court case, Mr Gallier considered setting up a business with another Kenya-based English associate.

Immigration officials then arrested Mr Gallier for working in Kenya without the correct permit – charges which he denies.

Uttoxeter MP Andrew Griffiths Mr Gallier’s wife Jan are now campaigning for the authorities to release her husband and allow him home to the UK.

Mr Griffiths has been to the Foreign Office and has spoken in Parliament about Mr Gallier.

He said in Parliament: “My constituent Graham Gallier is awaiting trial in Kenya on charges he denies.

“I have deep concerns about the legal process to which Graham Gallier is being subjected.

“His case has been repeatedly adjourned, his passport has been held for more than three years, his health is declining and he is being denied access to justice.”

Mrs Gallier said: “The conditions in the prison are absolutely terrible – 70 men sleeping head to foot on a floor in a room about 10 feet square.

“He is living in poverty over there and I can’t do anything.

“He couldn’t eat as he couldn’t face using the toilets.

“He is due to appear in court again and the last case took more than three years, with many unreasonable adjournments.

“We need help to campaign for our Government to get him out of the country.

“Human rights are not being adhered to in Kenya.

“He is 61, has diabetes and severely ulcerated legs and he is innocent of the charges brought against him – the court case keeps being adjourned.

“We need help and funds to get him home to our hospital.

“We cannot go against the government of Kenya.

“I think my only hope is to talk to the president of Kenya but I can’t get to him.

“I desperately need more signatures to get our Government to listen and contact the Kenyan authorities for us.”

Those wishing to sign the petition can do so by heading to www.thepetitionsite.com/299/980/886/innocent-english-man-held-in-kenya-for-almost-four-years/

Diaspora Kenyans cannot be registered to vote for lack of funds