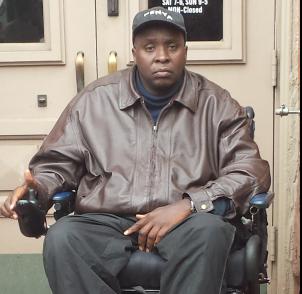 When a complicated disease struck Moses Munene, he found himself in need of medical attention that could only be performed outside of Kenya. It is the story told by many who finding themselves in a medical crisis, realize that Kenya does not have the facilities needed to help them. While many go to South Africa, India, and England, Moses sought his relief from the United States. In 2002 he took a flight to seek medical attention. He got more than he paid for in the United States of Amazements!

After raising money through well-wishers, he landed in Washington DC where he got his surgery. After surgery, he was required to stay for a while for observation and treatment. This proved to be very expensive. After a few months, he found himself homeless, sleeping in shelters and struggling to feed himself. “I was moving from one shelter to another always wondering whether I will eat that day.” He says from a memory only he can carry. “Imagine trying to move around in Washington DC in my condition?” I know Washington DC. The glamour that is the monuments, clean and ordered streets, the White House, and the Capital Hill building with its night light declaring, “republic, republic, republic,” deceives the naïve visitor who comes to this land expecting milk and honey. Only those who ‘walk’ beyond the book cover, those who dare meander a few blocks beyond the ‘glory’ know the true story.

This innocent Kenyan realized that the stones and the lights do not tell the story. What tell the true story are the poor neighborhoods that surround the capital. The idlers and poverty stricken citizens and immigrants who cannot make ends meet. It is these that the blue suits, red ties, limousines and black Chevy Suburban ignore while going to their secure buildings. These ignored citizens find it hard to eat, drink and sleep. This Kenyan arrived as a medical tourist, but became another victim of capitalism found in United States Capital! He wondered around in Washington DC for one and a half years. “I came to know where all the shelters are. I also found people from all nations, including Kenyans, who were homeless. It was something I never imagined about America.” He says with a gained sense of wisdom, knowledge, and understanding.

Some friends found him in this state and helped him start street vending. “I found a way to buy curios from Kenya and started selling them. I knew the streets therefore it was easy for me to venture into street business.” He says in a typical Kenyan can do spirit. After nine years of street vending, he made enough money to buy a few plots in Kenya. Finally, he decided that home is best and moved back home. Given his experience, he had opened a bank in Kenya through family members and had been depositing a few dollars here and there. “What really helped me was God’s wisdom to open an account in Kenya. By the time I came, I had saved enough money to start developing my property.” He speaks confidently.

He invited me to his property near Kikuyu town. I found him supervising the construction of low – income homes. One of his tenants offers us Ugali and Sukuma wiki. “I have property for sale in Junja, Thika road and other places.” He says while pushing his wheel chair around the property in Kikuyu. “I realized that many Diaspora in America do not own property either in America or in Kenya. I know of a fellow in Washington DC who has been there for 24 years. He has nothing in America or in Kenya.” He says regretfully.

To see him moving around the property giving instruction to the worker fixing the road is watching a miracle. When I imagine his painful journey from Kenya to Washington DC, and his struggle maneuvering through the United States capital homeless and destitute, I have no words. Then to know that he never let his disabled state become a roadblock on his walk to the possible is a testament of the human spirit. “I really feel sorry for the Diaspora who spend their time in America, never thinking about their future. I believe God rescued me to be a voice to those who have given up. To remind the Diaspora of His grace and their responsibility to not give up.”

His goal is to provide affordable housing to both the Diaspora and Kenyans who cannot afford to buy the over priced real estate in Kenya. “Daktari, where you are standing is empty and if you know a Diaspora needing a small plot to build a home, give them my number.” His inspiration is intoxicating. Therefore I took his number. 0701521826 and his email, [email protected] I do this because I also know some Diaspora in America who needs to open an account in Kenya, save some money, and maybe call Munene for a piece of his wisdom, and a plot to build a hut for the rainy day.