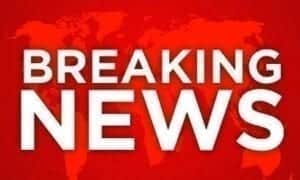 A Kenya Defence Forces aircraft crashed after it developed technical problems while returning from a combat mission in Kismayu Thursday afternoon.

The fighter jet was coming from Dhasheegga near Farwamo, which is an area under the control of foreign Al Shabaab fighters and Baar Sanguni area when it crashed within the general Kismayu area.

KDF said that the aircraft was returning from a combat mission when it developed technical problems and crashed at around 3:15pm. The fate of the pilots and other crew on board is still unknown.

“Today, 04th December 2014, at around 1515hrs (3.15pm) a KDF aircraft while returning from a combat mission in Jamaame, (Southern Somalia), developed technical problems and crashed in the general area of Kismayu,” a statement from KDF spokesman Colonel David Obonyo said.

A military camp and ammunition store were destroy and a number of attackers killed during the airstrikes according to residents and members of the Guddud administration.

KDF has increased air strikes in Somalia after Al Shabaab attacks in Kenya in which over seventy six people have been brutally massacred in Mandera, Wajir and Garissa.