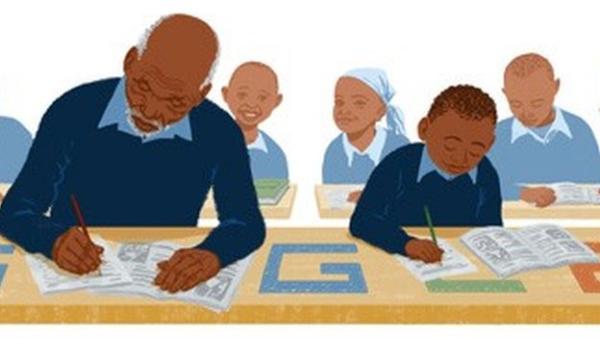 Google has created a doodle to honour a Kenyan believed to be the oldest person to have enrolled in primary school.

The doodle on the internet giant’s Kenya home page marks the 11th anniversary since Kimani Maruge went to school for the first time, aged 84.

Mr Maruge, who died in 2009, said when he started lessons that he wanted to learn to read the Bible and to count.

Google said its doodle was a reminder that it is never too late to learn something new.

Mr Maruge, a veteran of Kenya’s struggle for independence from British rule, rose to fame when he enrolled at a school in the town of Eldoret in western Kenya on 12 January 2004.

“Kimani Maruge was an extraordinary Kenyan whose passion for education throughout his life shines as a beacon worldwide on the importance of lifelong learning,” said Dorothy Ooky, Google’s communications manager for East and Francophone Africa. 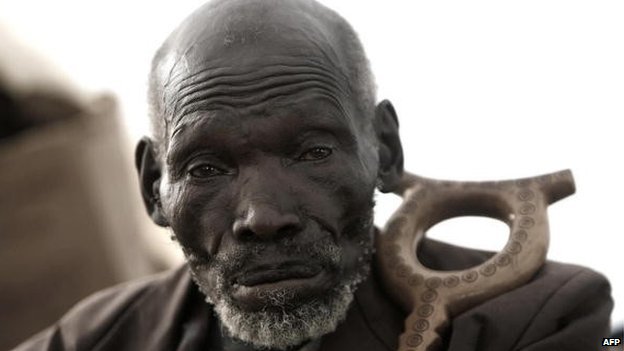 Mr Maruge went to the same school as his grandchildren

“Doodles are used to celebrate the lives of famous scientists, artists, and pioneers throughout history and Google is thrilled to feature a Kenyan whose life stood for such an important cause.”

Although he had no papers to prove his age, Mr Maruge was said to have been 84 when he enrolled at Kapkenduiywo primary school.

Two of his grandchildren had attended the same school.

The Guinness Book of World Records lists him as the oldest person ever to have begun primary school.

After starting lessons, he lived for a further five years before dying of stomach cancer in 2009.

Kenya native is interested in improving her neighbors’ environment