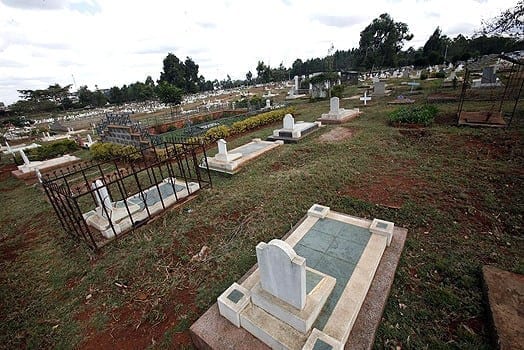 Robert Alai allegation:Police have denied claims on social media that bodies of unidentified victims of the Garissa attack have been dumped at Lang’ata cemetery.

Langa’ta OCPD Elijah Mwangi and OCS Chief Inspector Otieno both refuted the claims that emerged on social media on Monday.

Controversial blogger Robert Alai had in morning posted photos of a white lorry that he claimed was transporting bodies.

“Why is this lorry carrying many dead bodies into Langata Cemetery? Where are they from?,” Alai had captioned one of the pictures.

Other images posted on social media by other users showed bodies being dumped in a mass grave. The bodies appeared to have gunshot wounds.

The images were however lifted from a Nigeria website that had accused the Nigerian military of extra-judicial killings in Borno. The story was published on May 22, 2014.