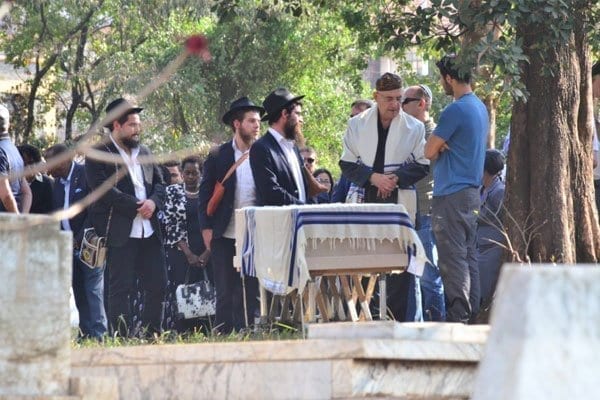 Cohen’s wife Sarah Wairimu, who is accused of murdering him, arrived for the interment at the Jewish Cemetery on Wangari Maathai Road shortly before 3pm.

Sarah Wambui shovels soil into Cohen’s grave at the Jewish cemetery on September 24, 2019. She is accused of murdering him jointly with others. /CFM.

Cohen’s burial, which was initially scheduled for Monday, was postponed to Tuesday due to failure to get 10 rabbis drew attention to the interment traditions of Jews.

At the time, the 71-year-old tours and travel expert had been pursuing a divorce case against Ms Wairimu. He had also filed an assault case against her.

Mwai Kibaki and Njonjo: Two Neighbours who don’t get along

I Will Not Sacrifice To ‘Thirsty Sea gods’,John Wambua Declares