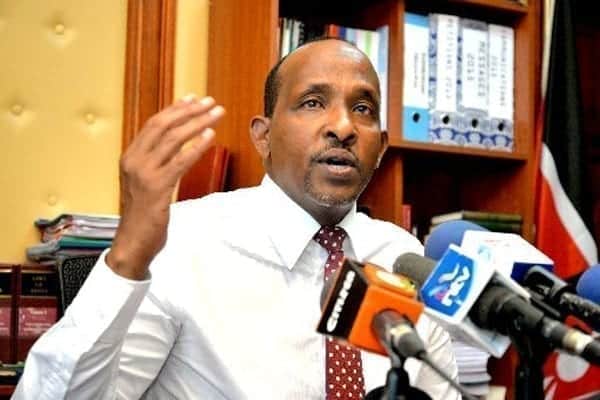 Jubilee MPs have been invited to prayers on DP William Ruto and journalist Joshua Sang’s ICC case, which Ruto’s allies said is purely for Kalenjins.

National Assembly Majority leader Aden Duale invited the leaders on Friday in a text message seen by the Star.

“Mheshimiwa, please note that we will hold an interdenominational prayer service for the Deputy President and Sang on the ongoing ICC case on September 6,” it read.

“We will all meet at Chepseon Market at 9am on the Nakuru-Kericho Highway and drive together. You are encouraged to be in the convoy so that you do not get lost.”

Duale said the prayers will be held at Kiptororo Cereals Grounds, Kuresoi North constituency, from 10am.

But an MP, who did not want to be named, said Jubilee MPs “will be forced to speak in mother-tongue” if they turn up for the meeting.

He said the matter has to be discused in private without interence by Jubilee.

On Tuesday, Ruto’s URP openly expressed reservations over the states’ commitment to his case following a ruling for the admission of recanted witness statements.

South Rift MPs said after President Uhuru Kenyatta’s case was dropped, they are no longer “seeing the country’s top leadership lobbying”, and that “it looks like the DP has been dumped”.

Elgeyo Marakwet Senator Kipchumba Murkomen said it is time for the people who allegedly fixed Ruto to come clean.

“There is a reason why we chose Kuresoi and not Kapkatet in Eldoret. We appreciate the support Jubilee partners continue to give us but this Sunday is just for us as a community. We need to talk among ourselves,” he said.

Some TNA MPs said they have not neglected Ruto and that he has no case to answer.

On August 20, ICC Trial judges allowed
statements of five witnesses, who recanted them in court or failed to
testify, to be admitted as evidence against Ruto and Sang.

Trial Chamber V(a) declined to admit the
statements of 10 other witnesses following the
prosecution’s requested for more than 16.