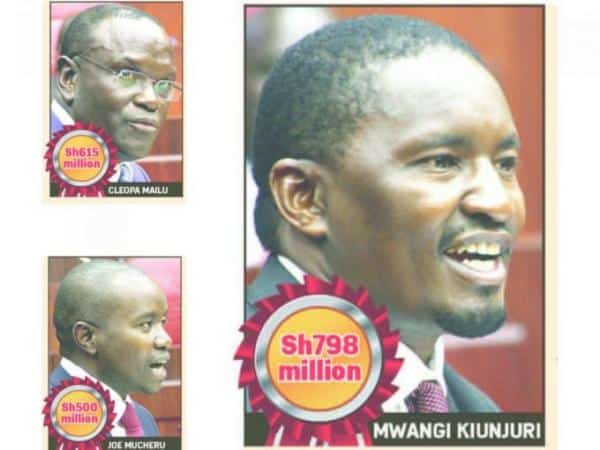 With Sh798 million declared, former MP Mwangi Kiunjuri, a one-time tout and teacher, has greater net worth than both Collymore and Oigara combined at Sh627.3 million.

Also wealthier than either of the two top CEOs is Dr Cleopa Mailu, the incoming CS Health, at Sh615 million.

Ditto the incoming CS Communication and ICT, Joe Mucheru, who declared that his wealth is estimated at Sh500 million.

PROPHET OWUOR IN A SHOPPING SPECTACLE AT CITY CENTRE

The Truth Report: Maybe Raila Odinga is Not Wrong (VIDEO)