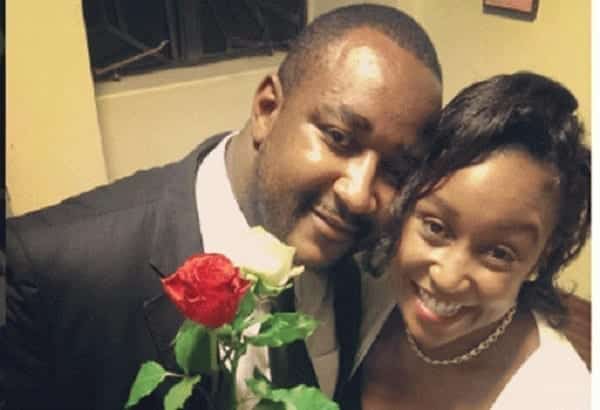 Brian has linked his sister’s troubled marriage to investigative journalist Dennis Okari of NTV to dishonesty and abuse by the in-laws.

His sentiments came after Betty’s younger sister, Mercy Kyallo, pledged her support to the television beauty.

However, Brian said both Betty and Dennis are human and should be respected as they too make mistakes.

“Betty is a free soul. If she is unhappy about the family she married to she has every right to walk away and be happy. I am not a moralist, so don’t expect me to defend mediocrity. If a woman’s happiness is dependent on her leaving and experiencing a different life, I will be the first to support her. Women go thru so much pain and society ignores this. Pain may come from an un-appreciative family in law, dishonest partner and Spousal abuse,” Brian said in a Facebook post.

He went on to pledge his support to his little sister saying whatever her decision is, he will support and accord her the love of a father.

Brian, who is a television producer, lamented how bloggers have been flooding his inbox seeking insight on the matter and urged the public to pray for the couple as they go through the hard times.

The root cause of the celebrated media couple’s trouble has been a subject of speculation barely six months after their much-hyped wedding and honeymoon.

And in what has been a clearest hint to trouble in paradise, Betty has gone ahead to drop her husband’s name from her usernames on all her social media platforms.

Dennis, on the other hand, has remained tight-lipped on the matter and still has his Instagram bio that reads “married to the luckiest woman alive.”

Kenyans stranded at a US airport following rare winter storm