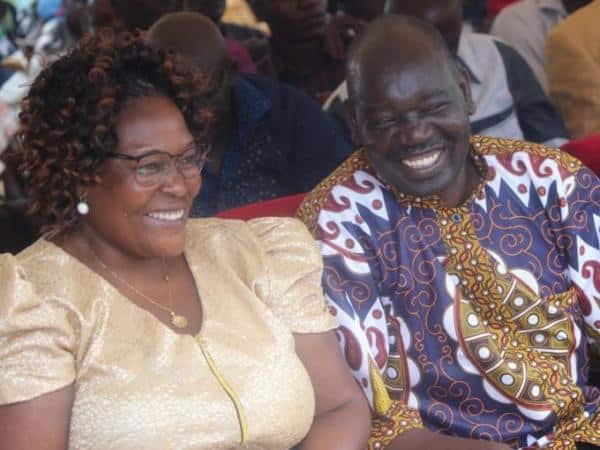 Former senior AP officer Oku Kaunya has returned from exile, where he fled at the start of the cases against six Kenyans by the ICC.

Kaunya, a former AP Training College commander, was given a hero’s welcome yesterday.

He and his family went into exile in 2010 after they expressed fears for their lives. Kaunya had been involved in a power struggle with his boss, then AP commander and now Nakuru Governor Kinuthia Mbugua. Mbugua interdicted Kaunya, who was second in command, for allegedly usurping his authority. When then President Kibaki reshuffled the provincial administration, Kaunya was named a deputy PC in Nyanza. He flew out of the country and into exile instead of assuming office.

An appeal by his father Francis Masai in 2012 to retired President Kibaki to accord his son security before a return home failed to bear fruit.Kaunya travelled home to join relatives and friends in marking his father’s 92nd birthday at Kakemer Primary School in Busia.

“I know everybody prayed for me when I fled the country since my life was in danger. God is my protector. I am here today because of my God. He could be having a reason for my six-years of suffering,” he said. “God had specific plans for me when I fled the country, leaving behind my wife Millicent. I thank God my children are okay abroad. East or West, home is best. My heart still feels home,” he said.

Kaunya thanked his father, the Governor and others for their effort in appealing for his security to enable him to return home.

Miguna Blasts Kenyans For Cheering Uhuru For Donating to Gor…

Photos:Is it stylish for politicians to ride Boda Boda…

Ojaamong said God is great to have Kaunya return home after six years in exile. Mutua lauded Kaunya’s children for taking care of their father.