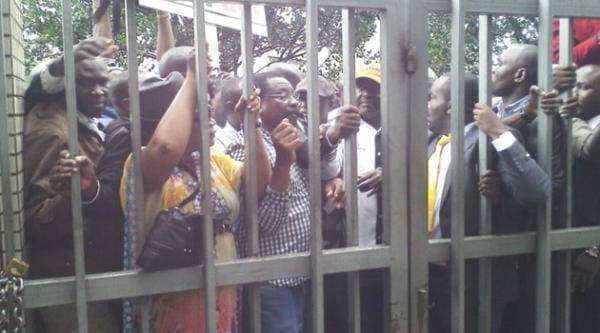 The supporters and leaders who also include Wiper’s Kalonzo Musyoka, Senators Moses Wetangula and Boni Khalwale had engaged police in a stand-off for hours before they made good their threat to storm the IEBC offices.

Nairobi Police Chief Japheth Koome had earlier warned that only a few CORD leaders will be permitted to present their grievances inside the Independent Electoral Boundaries Commission offices.

Speaking during a press briefing outside the electoral body offices, Koome had warned against any attempt to cause mayhem, saying the perpetrators will be dealt with firmly.

The County police boss had also cautioned political leaders against making offensive remarks that may lead to loss of lives or destruction of property.

Shocking:Is your wife safe with her doctor?