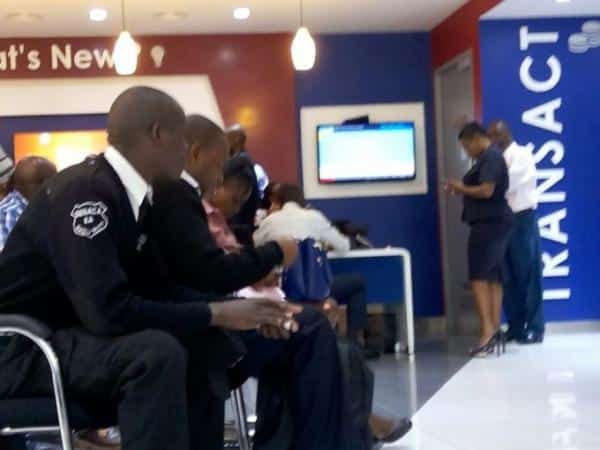 Chase Bank has reopened under the management of Kenya Commercial Bank.

Central Bank agreed to KCB’s proposal to acquire majority stake in Chase Bank, days after the mid-tier bank was closed down.

The bank was placed under the KDIC on April 7 for having liquidity problems, after a series of panic withdrawalstriggered by massive insider loans.

KCB chief executive Joshua Oigara said: “We are optimistic Chase Bank will be back on its feet . That is our role as Kenya Commercial Bank.”

“A very good day for Chasers,” he added on Wednesday when he officiated the reopening of the bank’s Riverside branch in Nairobi.

A spot check by The Star found customers had queued outside several branches. Chase said in a notice to them that they will have immediate access to deposits of up to Sh1 million.

“Any new deposits made after today will be made available in full to the customers,” read the notice.

“All 57 branches across the country will be accessible to all our customers allowing them to make deposits, withdrawals and similar transactions which can also be accessed through alternative channels.”

CBK governor Patrick Njoroge had said 167,290 accounts, equivalent to 97 per cent of accounts or 6 per cent of total deposits, will have their funds available in full.

Njoroge said KCB beat eight other institutions and banks that had expressed interest in Chase.

The CBK received nine proposals, including six from local investors, two foreign and one from existing Chase Bank shareholders. The bank’s shareholders had proposed to inject more cash for its revival.

The passing of Founder and Publisher of Kenyanlist-James Wanderi

Video:Whose hen is that? Kansiime Anne.