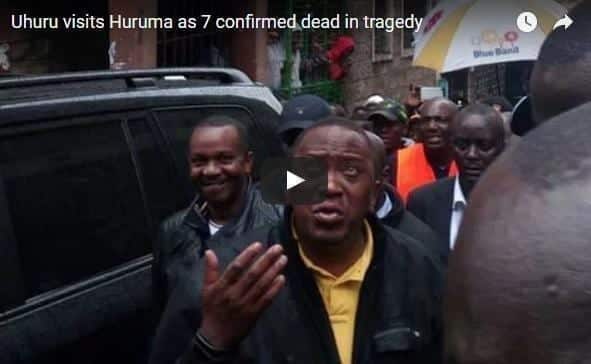 County officials said seven people have been confirmed dead and that the number could rise as search and rescue efforts continue.

More than 133 people have so far been rescued from the rubble.

Kenya Defence Forces have been deployed to assist in rescue operations.

According to the National Disaster Operations Centre officials, people are still trapped in the building as voices can be heard in the rubble.

The six-storey building had 198 rooms.

Kenya Red Cross on Saturday said at least 1,000 people have been displaced in Mathare and Mukuru slums following heavy rains that pounded Nairobi on Friday.

Nineteen people rescued from the building and were undergoing treatment for bruises and fractures at Mama Lucy Hospital have been released.

VIDEO: Silence is Golden- When God Remained Silent for 400 years

How Uhuru named CSs minus Ruto