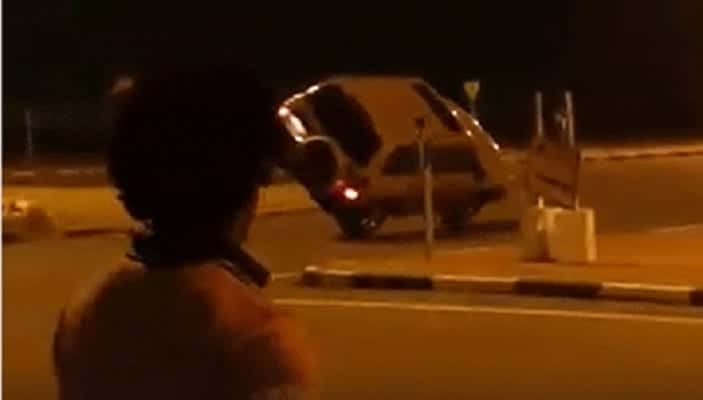 A motorist in Kenya has lit up social media after pulling off a perfect ski driving stunt, balancing only on two wheels on a car on the driver’s side.

A video, which has been shared widely on social media, shows an unidentified driver making several rounds at a roundabout before pulling off the stunt.

The SUV is driven on just two wheels for more than one minute as Swahili onlookers, who taped the incident, gasp in amazement.

“Ako juu (he’s aced it),” one is heard commenting.

In June 2015, British stuntman Terry Grant drove a Nissan Juke Nismo RS for one mile balanced on two wheels in just 2 minutes 10 seconds, setting a new time for the feat, according to Foxnews.

The stunt has also been used in many movies and television series, including Knight Rider,The Dukes of Hazzard, Transformers and two of the James Bond movies.

Interesting: Why You Should Never Confront Your Husband’s Mistresses

VIDEO: Akorino dancer removes veil to hype her own wedding

Why we visited Ruto in Nairobi, 18 Busia MCAs explain amid voter outrage