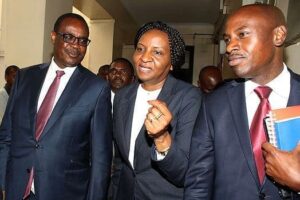 Non submission of credentials is what led to the suspension of the Director of Communications in Nairobi County Governor’s office, Walter Mongare, Nairobi News can now reveal.

The letter of suspension written by County Secretary Dr Robert Ayisi and dated May 3, 2016 only advises Mongare to comply with conditions stipulated in his letter of appointment, failure to which his employment will be terminated.

In an earlier interview, Mr Mongare said he had not received the letter and had only learnt of his suspension through Twitter.

“I was surprised myself when I was informed by Tweet from Robert Alai that I was suspended and I was wondering if he is the County Secretary,” said Mr Mongare.

However, Nairobi News has since established that Mr Mongare was also issued a second later dated May 3, 2016 by Secretary/CEO, County public service board Meshack Guto requiring him to submit his academic credentials, HELB clearance form, certificate of good conduct and a certified copies of clearance from the credit reference bureau by May 11, 2016.

Inspite of Mr Mongare’s earlier assertion that he would ignore the order and continue with his work, only members of the Governor’s communication team were in office on Wednesday.

Governor Evans Kidero was said to be away on an official function in Kariobangi while Dr Ayisi is on leave for accumulated.

Meanwhile, sources within the communication team have revealed that Dr Ayisi and Mr Mongare have not been seeing eye to eye.