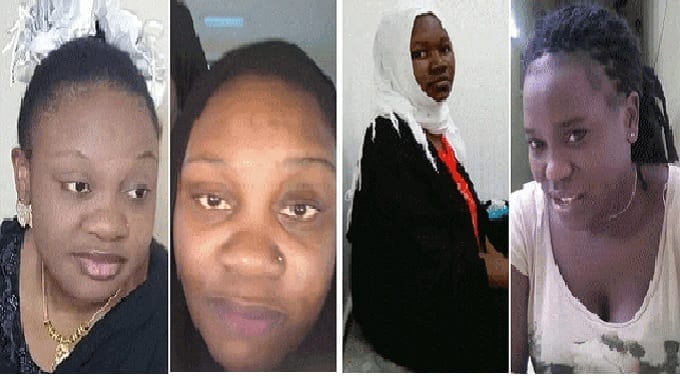 Four Kenyan women have gone missing in Saudi Arabia after officials intercepted them on their way to the airport for deportation.

The four, who have been living in Saudi as domestic workers, had prior to their ‘disappearance’ reached out for help from Mombasa County Senator, Emma Mbura, from a detention center where they were being held.

The four women had also sent text messages and several audio clips recounting their plight while they were being held by the Saudi authorities.

In one of the clips that Nairobi News have in possession, the women can be heard saying that they have been taken to a police cell and their phones are about to be confiscated by the authorities.

“I am in receipt of a distress message that some Kenyan’s in Tarhil are said to have been abducted. That silly act is said to have been put in practice by unknown people in that country,” Ms Mbura told Nairobi News.

Kenyan woman in Saudi Arabia cry for help after molestation…

Kenyan Woman Dies In Saudi Arabia Days Before Returning To…

The women, who have been identified only as Sunra, Ivy, Sarah and one more lady whose name is withheld, are said to have been excited to leave Tarhil only to find themselves in shackles with an escort of about 12 cars.

According to the senator, the four women were meant to have been deported from Saudi Arabia, but on Thursday, when she went to the airport to receive them as expected, none of them showed up.

“I went to the Jomo Kenyatta International Airport at 1am to welcome the four Kenyan domestic workers who had been released from the Saudi Arabian detention center but they never showed up,” She said.

The senator, who has been a big advocate in the campaign to help Kenyan women stranded in Saudi Arabia, is now threatening to storm the Saudi embassy in Kenya and demand for it’s closure if the four women are not released.

“They (Saudi Embassy in Kenya) have out rightly refused the four Kenyans assistance to come back to their country. This is an outright contravention of the Fundamental Rights and Freedom of these four Kenyans,” the senator said.

“We are giving them 24 hours to act, failure to which we are going to protest vehemently and demand for the closure of the Embassy,” she added in message directed at the Saudi Embassy in Kenya.

It is time we take war to the enemy’s camp