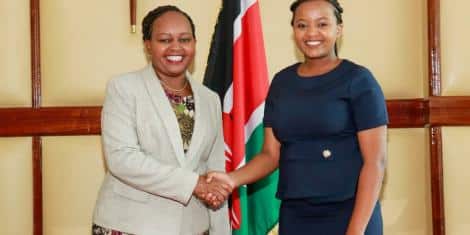 In a post on her social media, Waiguru noted that meeting the young leader was quite intriguing.

“It is said that everybody has at least one person whom they strongly resemble. I had an intriguing meeting with newly elected UNSA chair, Mvurya.

“We share quite a bit in common including a shared passion for more women in political leadership,” she wrote.

She further affirmed her support for youth leadership and challenged them to be the leaders of today.

The photo of the two whom people also noticed had a striking resemblance elicited reactions from a section of Kenyans online.

One user quipped “She looks like your lost sister,” while another claimed that one was a clone of the other.

Others were of the opinion that a DNA test needed to be conducted to establish if the two were related.

“We need a DNA test here to unravel the mystery of these lost twins from Kirinyanga county,” one Kenyan noted.

“Great minds, sharp Women with brains, if we have such Leaders then, we are going to have a resourceful Nation, I believe Women also can do great in leadership. We should trust them and Embrace them even in national Leadership,” another netizen observed.

Here are more reactions to the photos: 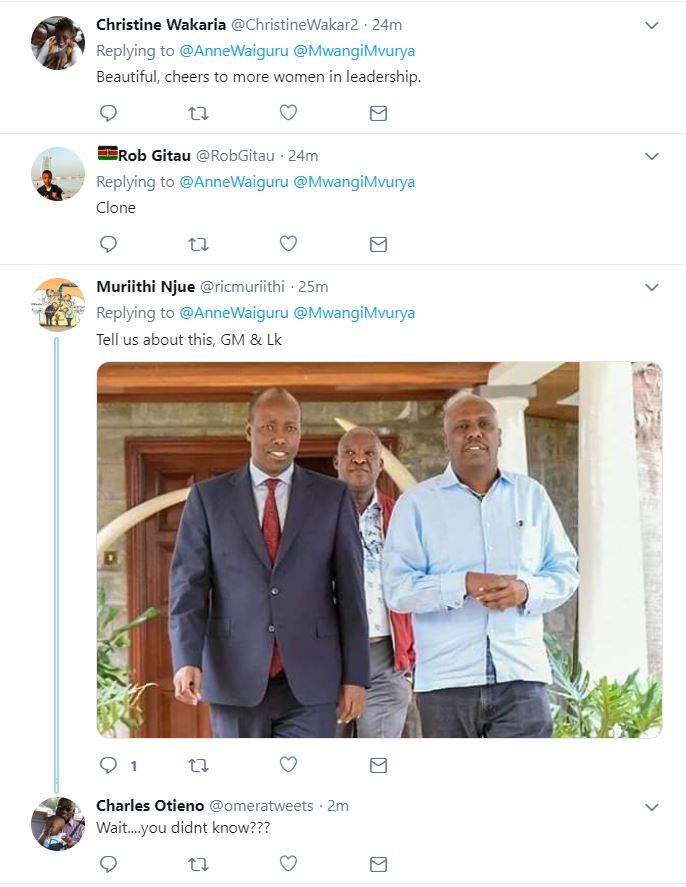