What?? Sharing a husband may lead to greater wealth, health – study 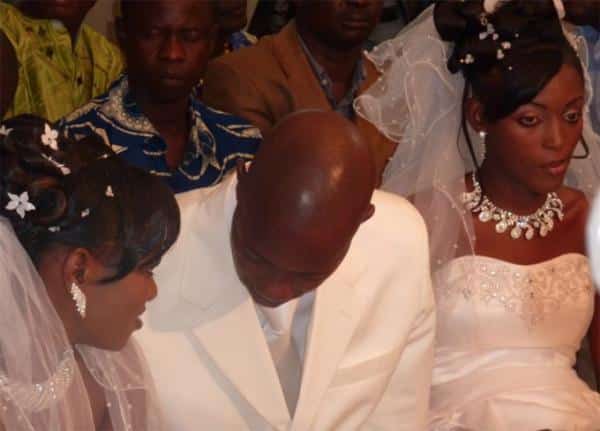 Children can thrive in polygamous families and are often better off than those from monogamous households in poor communities, researchers said on Monday, calling for greater cultural sensitivity among campaigners seeking to ban polygamy.

In Tanzania, polygamous families owned more cattle and farmed more land than monogamous ones in the same villages, according to a study involving 3,500 households in the Proceedings of the National Academy of Sciences journal.

There was no evidence that children whose fathers had more than one wife were less healthy or hungrier than those in monogamous households.

“Children in polygamous households either do better or just as well as children in monogamous households within the same village,” the lead researcher, David Lawson of the London School of Hygiene and Tropical Medicine, told the Thomson Reuters Foundation.

First wives, who tend to live with their husbands, had significantly better nutrition and less stunting among their children than monogamous families.

The children of later wives, who usually live in separate homes adjacent to the first wife, were as healthy as monogamous families, although their food security was slightly lower.

VIDEO: Dumbest tourist reaches from car to pet a lion but…

“It’s an important finding because we have this very strong language used by the United Nations and others that polygyny is universally harmful,” Lawson said.

“Most of the policy speak on this topic is not actually very evidence based… What we are arguing for is cultural sensitivity.”

Polygyny refers to marriage systems where men can have multiple wives, while polygamy means marrying more than one wife or husband at the same time.

The United Nations Convention on the Elimination of All Forms of Discrimination Against Women says polygamous marriages should be discouraged and outlawed because they are unequal and have negative emotional and financial impacts on women and children.

“Of course we want to improve the status of women,” Lawson said. “But if you just change marriage laws without addressing the underlying position of women within society, you may restrict their options, so it could be detrimental.”

One in four married women in rural Tanzania have at least one co-wife, government data shows.

Maasai women often enter polygamous marriages with wealthier men in the community, unlike the Meru, who live on fertile mountain slopes near the city of Arusha and tend to be better educated and monogamous.

For example, under the custom of widow inheritance, women whose husbands die are re-married to the brother of the deceased, often as a second or later wife.

He is expected to provide for the widow who loses her marital home when her husband dies because women traditionally cannot inherit land.

“In contexts where women are unable to own resources, it can be within their strategic interests, within those confines, to share a husband,” said Lawson. (Reporting by Katy Migiro; Editing by Ros Russell)

Pain of a mother: I sold charcoal, milk to raise Jowie

Pension law could lock Raila Odinga out of presidential race