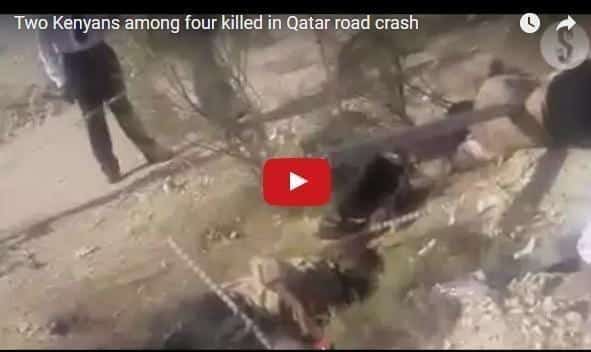 WARNING!!DISTURBING IMAGES:Two Kenyans, a Ugandan and a Nepal national were killed when the bus they were travelling in overturned in Qatar on Wednesday.

The cause of the grisly accident that occurred at about midday is still unknown.

A video obtained by the Star shows five people survived.

Witnesses said the victims were employees of different companies including Qatar Security Services, who were on their way to work.