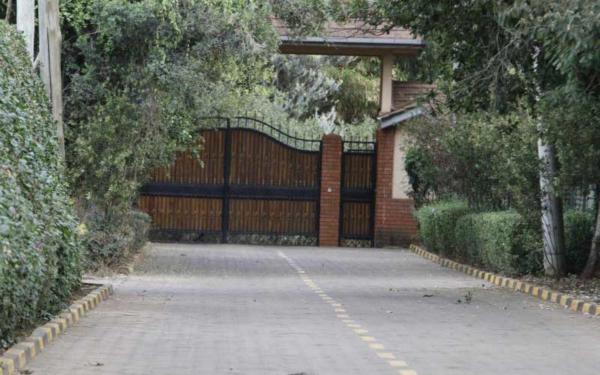 The photos show the two leaders in a jovial conversation during the burial of the DP’s younger brother Harrison Kiptoo held on Wednesday  in Kamagut, Uasin GishuCounty.

A section of the public took to social media with different theories regarding the pictures and subject of conversation between the two.

Some assumed the house was where Ruto lived during his early years describing it with different traditional names such as simba, thingira or singoroina. According to them, the house affirmed previous statements in which the DP regarded himself a ‘hustler’.

Here are the reactions

They say a picture is worth a thousand words. President Uhuru & DP Ruto, DP showing Uhuru his house Simba/Singirapic.twitter.com/U4br1IojYW

Others interpreted the images as a motivation to those struggling, indicating that everyone was capable of rising from a humble background to achieving success.

There are those who used the moment to practise their photoshop skills with one mimicking how DP Ruto has been pulling stunts visiting villagers in mud houses to launch rural electrification projects.

Kenyan man dies in a road accident in Richmond VA