A video showing US President Barack Obama first-born daughter twerking at a music festival over the weekend has gone viral on social media.

In the footage, Malia Obama is seen twerking and grinding together with her friends during the Lollapalooza music festival in Chicago.

Malia is almost unrecognizable in her party attire of a midriff-baring tube top and pair of short jeans.

The 18 year old just graduated from high school and will be joining Harvard University next year. 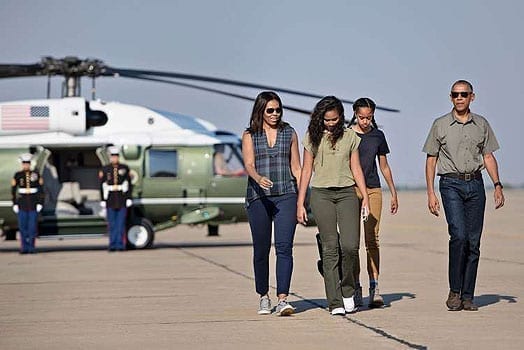 US first lady Michelle Obama with daughters Sasha and Malia and President Barack Obama walk to board Air Force One at Roswell International Air Center on June 17, 2016 in Roswell, New Mexico. AFP | PHOTO

Malia and her younger sister Sasha have in the past being termed as one of the well-disciplined First children to ever occupy the white house with no scandals or arrests.

Netizens took to Facebook to express their views on the 18 year old letting loose and her dance moves.

One Niecy Williams encouraged Malia to enjoy herself after living a life under the microscope while at the White House.

“Oh to live a life under a microscope be free girl! Enjoy yourself, she’s doing nothing wrong & don’t let these judgmental people tell you different!” 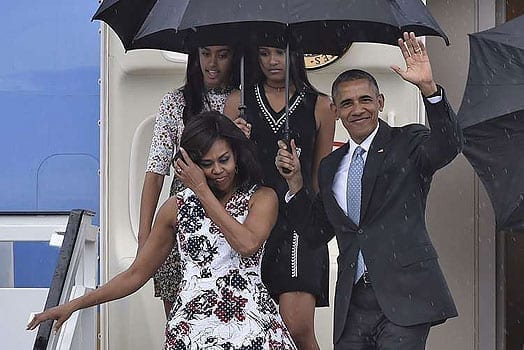 US President Barack Obama waves next to First Lady Michelle Obama (L) and their daughters Malia (L, behind) and Sasha upon their arrival at Jose Marti international airport in Havana on March 20, 2016. PHOTO | AFP

Other Facebook users shared the same opinion of allowing a teenager to have some fun before joining Harvard.

“She’s 18 at a concert with her girls. Let her live! She doesn’t even have a cup in her hand. Oh how people forget how the past presidents daughters were out here getting arrested and being sloppy drunk women,” wrote Yasmin Tiara Mattis.

While Saraji Captca said, “This child speaks multiple languages, and is going to Harvard.
Let her dance!…. Or whatever we’re calling this.”

Chanda McPherson said, “The only thing that upsets me about this video is her dance moves. Lol. Get it together girl!”