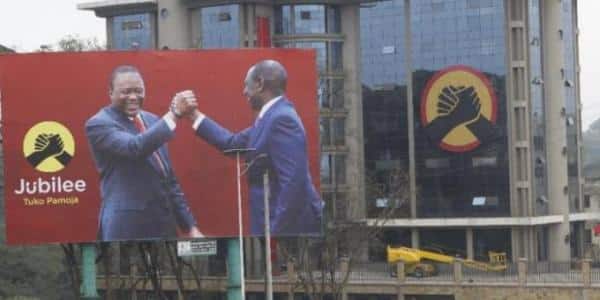 Five Governors and 35 Members of Parliament (MPs) affiliated to the Coalition for Reforms and Democracy(CORD) will join the new Jubilee Party during National Delegates Conference at Kasarani.

Speaking at Parliament Buildings on Monday, National Assembly Majority Leader Aden Duale disclosed that the governors and legislators will ditch the Opposition for the new outfit.

“We will have about five governors and 35 MPs from the CORD coalition and other smaller parties who will join us. The launch will be the beginning of a united Kenya,” said Duale.

According to Duale, the five Governors include: Salim Mvurya (ODM Kwale),

Duale did not immediately avail the list of the legislators that have defected from other parties but stated the new Jubilee party will be for all Kenyans.

The Jubilee Party is also set to unveil its eight-story, high-security headquarters situated in Pangani area, during its upcoming three-day event.

The event set to kick off on Thursday, September 8 and continue until Saturday 10th, will be graced by at least 10,000 delegates from 11 political parties.

On Thursday, all individual parties will meet at Bomas of Kenya and Kasarani where they will vote to dissolve their parties and merge into Jubilee Party of Kenya.

On Friday, all the delegates will converge at the Kasarani indoor arena for the Jubilee Party’s first convention to endorse its manifesto and nomination rules as well as other instruments.

Deputy President William Ruto will on the same day address the delegates on matters of the new party.

Saturday will culminate in the new party as President Kenyatta will be expected to address the new members of the party.