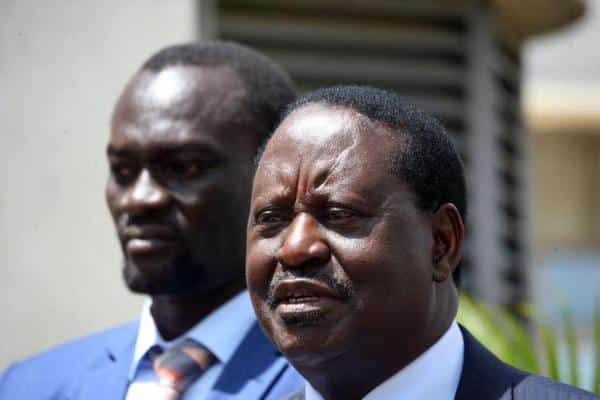 Coast leaders on Friday differed over the boycott by the opposition of the Kenya Private Sector Alliance conference in Diani, South Coast.

But Kwale Senator Boy Juma Boy and Msambweni MP Suleiman Dori supported the stand, claiming, like Mr Odinga, that it was a Jubilee function.

“This is a forum organised and sanctioned by Parliament and all political parties to discuss peace ahead of the polls next year.

“It has nothing to do with party affiliation or membership. Mr Odinga is wrong in asking the opposition leaders not to attend,” said Mr Mung’aro.

He accused opposition members of misusing taxpayers’ money by picking air tickets from Parliament and booking luxurious hotels yet they are not attending the function.

He said that the forum had been organised by the business community whose members are hoteliers.

“Does Mr Odinga want the hotels to sack all these workers, most of whom voted for the opposition in 2013?”

Ms Chidzuga said: “By skipping the forum, Mr Odinga is clearly not concerned about peace during next year’s election and voters should be wary of such a leader.”

“I am surprised that a leader of Mr Odinga’s stature can prevent MPs from attending such an important forum,” she asked.

But Mr Boy and Mr Dori justified the boycott, saying the opposition leaders “who are equal partners” had been left out of the arrangements for the meeting because Kepsa was pro-Jubilee government.

Mr Dori said: “The Senator and I have come here simply to welcome visitors because it is our home.”

The forum brought together various leaders from the Legislature, Executive and Judiciary to discuss ways of attaining peaceful elections next year.