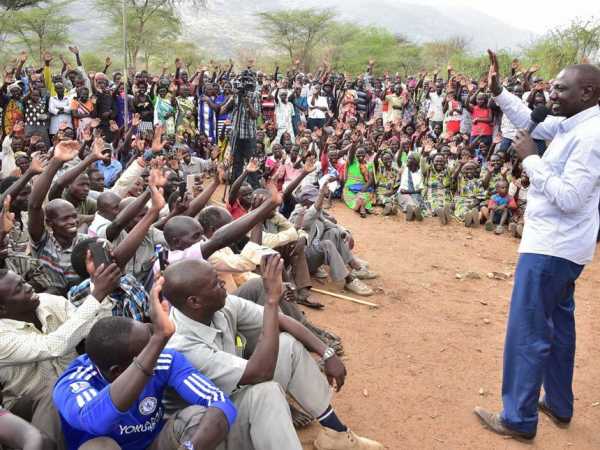 A chief was killed by suspected Pokot bandits during DP William Ruto’s visit in Bartabwa, Baringo North subcounty on Friday.

Thomas Ruttok died during a shootout between the bandits and security officials. He was among officials providing security during Ruto’s visit.

The midday incident is said to have stopped the DP from taking off with his chopper.

Efforts to contact security officers to clarify the incident were futile.

Ruto flew to Baringo despite disapproval by residents who said the government had failed to protect them.

He told residents that Jubilee shall take responsibility for insecurity occasioned by banditry attacks.

“The government will investigate those listed to have incited people,” he said.

Bandit attacks have persistently taken place in the county and have resulted in the deaths of many, displacement of thousands and the closure of schools.

They said the visit will have no impact in the area, where more than 10 people were killed in the last week.

The demonstrators said President Uhuru Kenyatta should visit the county and address the insecurity instead of “sending his junior”.

“We would like the President to come in person to address this issue, failure of which we will surprise him by going to State House next week,” said Knut Baringo executive secretary Joshua Cheptarus.

The people said they would attend the burial of “beloved teacher” Philemon Kipkemoi who was shot dead by Pokot bandits instead of gathering to listen to the DP.

The teacher was killed at Kapndasum Primary School in Baringo South last Monday.