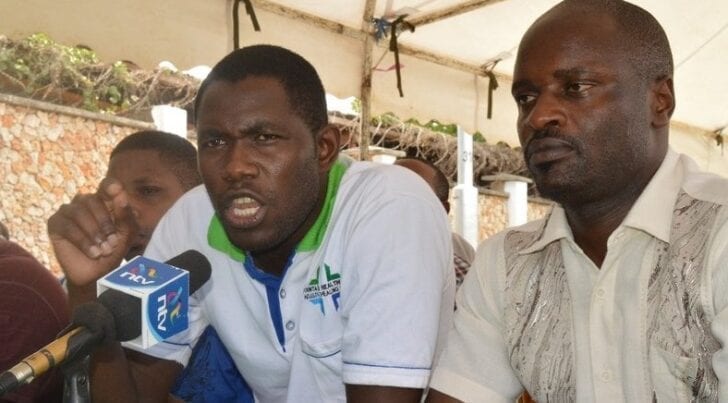 NAIROBI, Kenya, Mar 8 – The Kenyatta National Hospital (KNH) on Wednesday made the government’s sack threat real after it dismissed 12 doctors and put 48 others under disciplinary action following their participation in the ongoing strike.

KNH Chief Executive Lily Koros said the hospital last December warned its doctors against taking part in the strike which she described as illegal.

“From 3rd of December, we warned our doctors not to take part in the strike. Some immediately some abandoned duties and some are still in the process – that is why I am talking about 12 who have been dismissed but there are those whom disciplinary action is still going on,” she stated.

She explained that the hospital sent out circulars informing doctors that the strike was unlawful.

“A circular was issued warning the doctors and other staff that disciplinary action would be taken against those who participated in the strike.”

During a press briefing at KNH she further directed all doctors employed by the country’s main referral hospital “to report back to work with immediate effect or face disciplinary action which may include summary dismissal, eviction from hospital quarters or any other administrative action deemed necessary.”

The same directive to report back to work applies to interns at the hospital and registrars sponsored by the government following a memo emanating from Health Cabinet Secretary Cleopa Mailu.

“Accordingly and by way of this letter, you are directed to release all government sponsored students (registrars) currently undertaking post-graduate studies in your esteemed institution to report back to their duty station in the respective counties and or other institutions,” a statement addressed to the University of Nairobi Vice Chancellor indicated.

The same statement further emphasised the position taken by the National and County Governments to restore services in public health centres.

Earlier on Wednesday, Council of Governors Chairman, Peter Munya warned the striking doctors that the County and National Governments will start hiring foreign doctors from Africa and beyond in efforts to restore services in public health centres.