President Uhuru has given comedian Nyambane a job in Jubilee Party

– Uhuru announced the job when he toured Kisii county on Wednesday, March 22

– He asked Nyambane to abandon entertainment to work with Jubilee

– Nyambane has been working with the Nairobi county government

Comedian Walter Mong’are, commn;y referred to as Nyambane, just like a cat, has more than nine lives. So they say.

Nyambane’s ex-wife, Linda Muthama to walk down the… 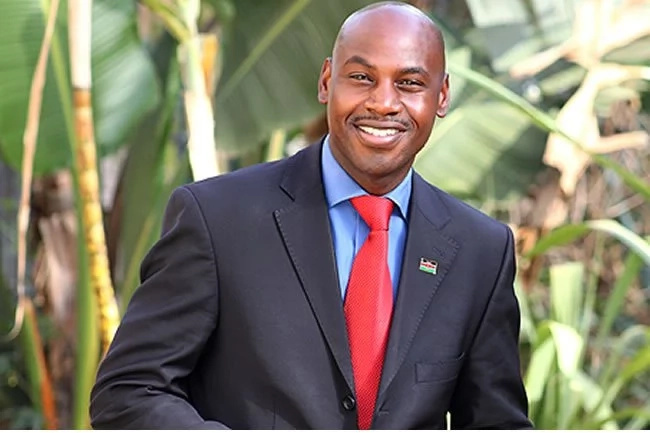 Nyambane made his name as a Kenyan great in the comedy industry when he assumed the role of retired President Daniel Moi in the famous Redikyulas comedy show.

The show was on its peak in the early 2000s, and Nyambane and his crew were everyone’s darling.

Then he landed jobs in radio stations such as Kiss 100 and KBC where he still made a name for himself.

Nyambane has landed a job in Jubilee

He left and since the advent of devolution in 2013, has worked with two county governments as a communication strategist/officer.

He started off with the Kisii county government where he was given a job by Governor James Ongwae. Then he left and joined Evans Kidero in Nairobi.

But his has been up and down and he was suspended in 2016 for misconduct. However, he was reinstated but it seems Nyambane has left to work with President Uhuru’s Jubilee party. Nyambane is a celebrated comedian

An audio has surfaced where during his tour of Kisii county on Wednesday, March 22, Uhuru appointed Nyambane the Jubilee youth point-man in Kisii.

Kisii is considered an opposition stronghold but the president is optimistic his numerous tours will give him votes in the region.