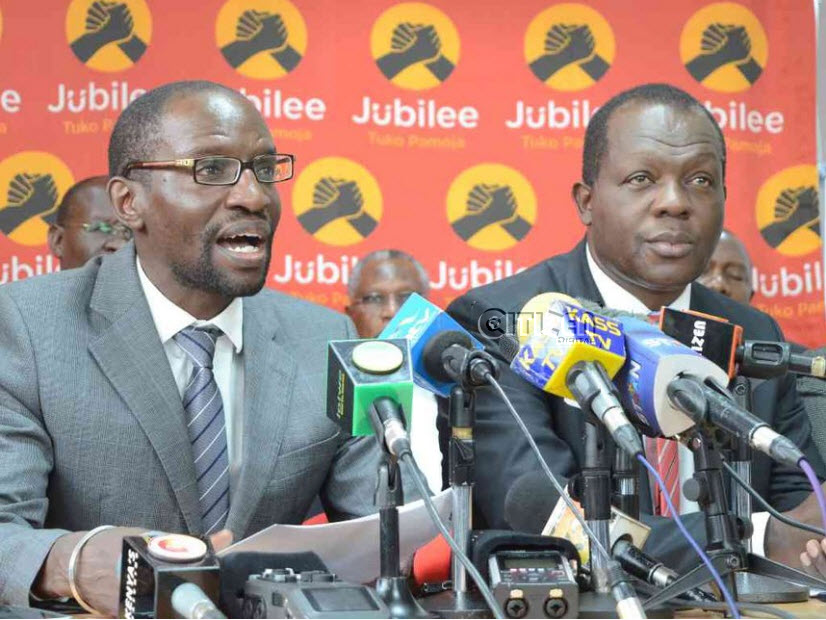 “We have a shortage of ballot papers, and we do not have enough vehicles to transport officers to polling stations. There are no stamps.  Additionally, some of the ballot papers delivered have errors. Because of the challenges we have faced, we will not be able to carry out the nominations tomorrow (Friday) morning…We, therefore, ask Jubilee to provide sufficient ballot papers so that we can proceed with the exercise,” said Mutai.

“We found that the kits issued to some stations had half the number of ballot papers required; such incidences were reported across numerous polling centres in the county. We agreed to stop to the process until we sort out the matter,” Mangira said in a phone interview.

Pressed to explain the discrepancy in the HQ and grass roots reports, Musangi maintained that the National Elections Board has sufficiently kitted all polling stations.

“Nobody should start trying to do give a sub-analysis of logistics. We have provided materials and elections are proceeding as planned,” he added.

Musangi further suggested that the conflict in reports could be calculated misinformation aimed at confusing voters ahead of the key exercise.

“How does anybody declare a shortage of ballot papers at 4:00am? Voting had not even started! There is a lot of misinformation, and you know some people may (spread false information to) try to throw voters off,” He added.

“No aspirants or returning officer has the authority to issue any statement regarding the party processes,” read the statement.

African Immigrants in the United States