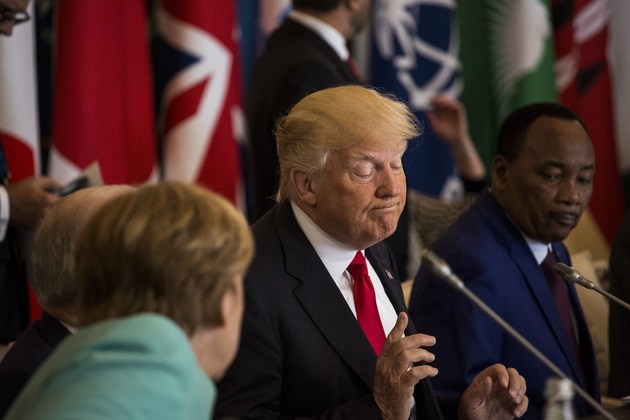 President Donald Trump has announced he will not allow transgender people to serve in the United States military in any capacity.

The President made the announcement in a series of tweets because apparently that is where fake news isn’t.

After consultation with my Generals and military experts, please be advised that the United States Government will not accept or allow……

….Transgender individuals to serve in any capacity in the U.S. Military. Our military must be focused on decisive and overwhelming…..

….victory and cannot be burdened with the tremendous medical costs and disruption that transgender in the military would entail. Thank you

The move has apparently caught the Pentagon and some US politicians off guard, since the ban was lifted by President Barack Obama 12 months ago.

The President argued the military “cannot be burdened with the tremendous medical costs and disruption that transgender in the military would entail,” he wrote.

The current figure of transgender troops currently serving is not known with the Pentagon refusing to release any data.

Kenyan men the most faithful in Africa, research shows