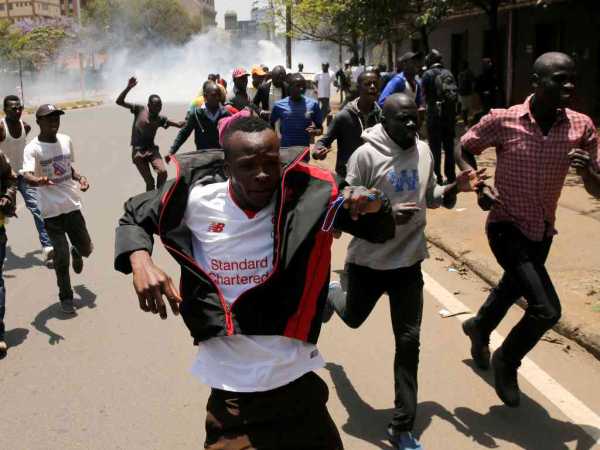 In his speech, Murkomen compared Raila Odinga to Joseph Kony, the leader of the Lord’s Resistance Army, a guerrilla group that formerly operated in Uganda.

Storming the event and grabbing the mic from Jubilee politician Jennifer Shamala, the NASA politicians among them Kibra MP Ken Okoth stated that they cannot allow for Raila Odinga to be disrespected.

After taking over the event, the NASA politicians in return hit at IEBC, citing the lack of updates by the electoral body regarding voter turnout.

The NASA politicians also bashed Senator Murkomen for purporting that he had bought them tea, and that they were waiting for him to clear the bill in the hotel.

The NASA leaders were later accosted by a group of people who beat up Mathare MP Antony Oluoch.

It took the intervention of Nairobi Senator Johnson Sakaja who told the group to stop beating up Oluoch, stating that he (Oluoch) is an MP.

Which Demon Causes Kenyan Road Accidents: Do the pastors know?