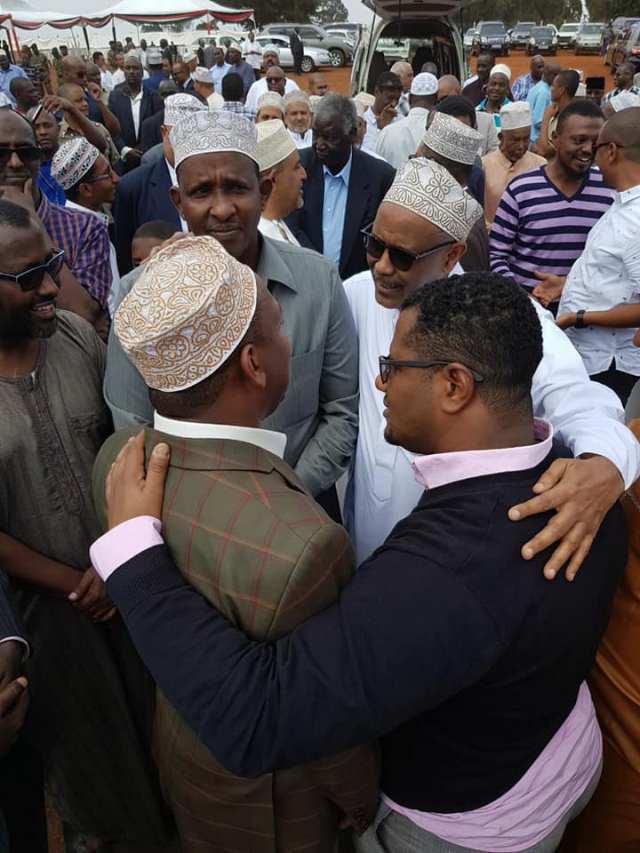 Former Mombasa senator Hassan Omar has said that he will campaign for president Kenyatta if he asked him to do so directly.He said that the president was a good ally.

He denied that he had been an wooed to Jubilee after pictures emerged of him and Nairobi governor Mike Sonko and leader of majority Aden Duale at the funeral of permanent secretary Mariam El Mawwy.

Hassan Omar said that he and Governor Sonko had previously worked together and had good working relations.

VIDEO: MPs walk out of event chaired by President Kenyatta…

He said that his alliance with Uhuru Kenyatta would cause a power shift in the coastal region.

The former senator had earlier said that he would not campaign for Raila Odinga. He had earlier this year cut ties with his party, Wiper.

KENYANS GET SENTIMENTAL WITH BIRTHDAY WISHES FOR UHURU

Make your Christmas memorable by investing in Selim Plains – Konza