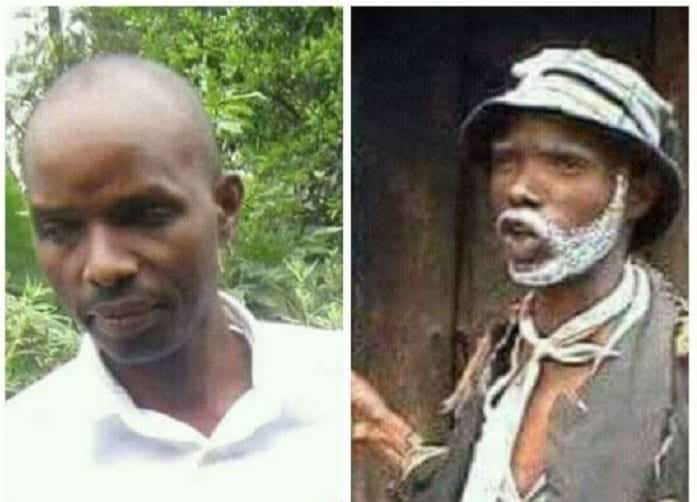 The family of a missing popular Kikuyu comedian going by the stage name Kianangi have asked Inspector General of Police Joseph Boinett and the Director of the Criminal Investigations Ndegwa Muhoro to intervene.

A section of musicians and actors together with the family want people mentioned adversly to be arrested. The actor went missing on Thursday 21 September.

According the actor wife, Catharine Njeri, said her husband, Geoffrey Mwangi, 40-year-old left home in company of a friend who picked him up around 10.30am.

Speaking to the press yesterday, Njeri said Kianangi had informed her his mother was unwell. He need to pick her up in Thika and take her to hospital.

His friend picked him up, and they headed to another friend in Ruiru to collect a car. Later, I received a message from the owner of the vehicle that my husband was missing, Njeri said.

I reported the matter at Kasarani police station on Friday and recorded a statement. Since then, the police have been reluctant to assist us. They have referred us to Ruiru police but nothing has been done,she said.

Artists led by Ngaruiya Junior, Kamande wa Kioi and Esther Wanjuru aka Wanyuru said that they have searched for the comedian in police stations and hospitals in Kiambu, Nairobi, Murangâ, Machakos and Kajiado Counties.

â€œThere is no trace of him. Police released the vehicle and nobody has been arrested,â€ said Ngaruiya.

However, speaking to the Star on the phone, Ruiru Division Criminal Investigations Officer Mathhew Bett said they have received data form Safaricom and investigations are on.

We received the information from Kasarani police station and we jut received the mobile data from Safaricom to trace who he spoke to during those days. We have recorded statements and we are pursuing the matter, said Bett.

The family has urged Boinett and Muhoro to get the files from both Kasarani and Ruiru pilice stations and follow up the matter to ensure that the two prime suspects who are mentioned to have been involved with the vehicle issue are arrested and questioned.

Meanwhile, the artists have agreed to be meeting and assist the family until Kianangi is found.

We have been acting with him since year 2003 and we did about 19 plays. So far, Kianangi has done about 26 plays for comedy. He is a one of the founders together with Machangi (Ephantus Mbuthia) of Kikuyu comedy, said Wanyuru.